4 Reasons Why Global Warming Is Going To Ruin Surfing

4 Reasons Why Global Warming Is Going To Ruin Surfing

Yup, that’s right bros. This may not be good news for us surfers but it really looks like global warming will have a long-term negative impact on our beloved sport. 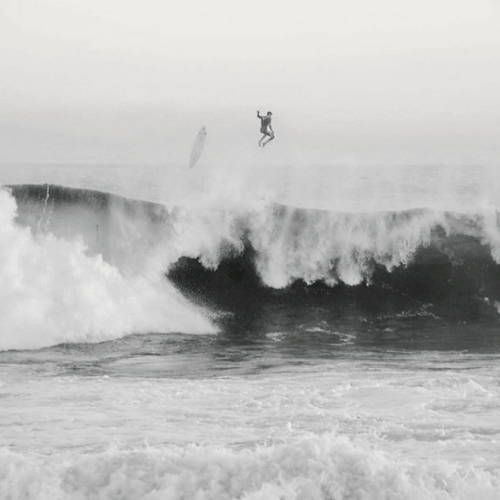 Right now, we are seeing more frequent big wave events in popular surfing spots worldwide. That’s because global warming, which is the result of our dependence on fossil fuel, is setting off a series of reactions that often include more ferocious storms.

The stronger the storms, the bigger the waves. That’s why it’s understandable for any of us diehards to become excited and travel to the spots where the big waves are.

But after the stoke subsides and we’ve ridden our waves to the shore, we begin to notice other details in our ocean environment that make us think twice about global warming’s impact. Like maybe it isn’t good for surfing after all. 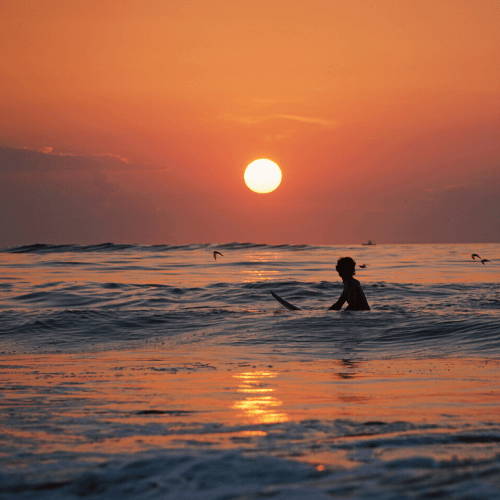 Global warming is changing the quality of the surfing waves.

How a Wave is Formed

We all know how surfing waves are formed.

It starts in the ocean, far off the coast, where storms are now formed on a regular basis. Wind energy is transferred to the ocean’s surface in the form of a swell and ripples towards the coasts. When it approaches the shoreline, the swell experiences friction from the sea floor. This friction is what shapes the swell when it nears the shoreline.

If the seabed has large rocks or has a thriving reef, it trips the swell. This creates the large waves that we love to surf. Point breaks, which are the best waves to ride on, are generally caused by a seafloor that has a combination of coral, sand, or rocks.

But global warming is going to change the seafloor.

That’s because all that carbon dioxide that we’ve released into the air by burning coal, oil, and gas doesn’t remain in the atmosphere. One quarter of it dissolves into the ocean. Scientists have estimated that since the beginning of the industrial era, the ocean has absorbed some 525 billion tons of CO2 from the atmosphere—that’s presently around 22 million tons per day.

As the ocean absorbs carbon dioxide, its water becomes more acidic. And even though the ocean is a humongous place, years and years of carbon absorption can have a major impact on its ecosystem. In fact, according to scientists, the ocean has become 30% more acidic during the past two centuries, more faster than any known change in marine pH levels in the last 50 million years.

This widespread ocean acidification makes it difficult for reefs to build their skeletal structures.

That’s because the acidity makes it difficult for corals to form aragonite, the natural occurring form of calcium carbonate that they need to build their skeletons. Corals grow their skeletal structures by forming bundles of aragonite crystals on top of each other and thickening these with more crystals. This growing pattern is what allows them to resist breakage by currents or waves or burrowing by worms or molluscs and other marine wildlife.

If the reef is brittle and small, then it can’t produce awesome reef breaks. And we all know how much we love reef breaks. They’re long and perfect for regular surfing.

But with reefs in danger from acidification, more surfing spots will see a decline in the quality of the waves. This means that popular reef breaks such as the Pipeline in Hawaii, Uluwatu in Bali, and the very famous Teahupo’o in Tahiti may go the way of the dodo. 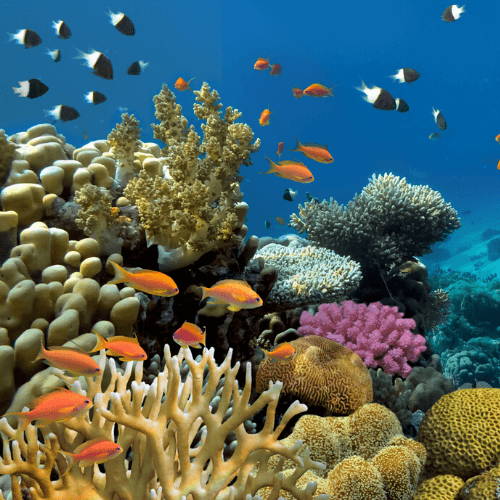 Reef breaks could suffer because the corals are dying out.

In recent years, the proportion of tropical storms that rapidly strengthen into powerful hurricanes has tripled over the past 30 years, according to recent research. And that is alarming.

A hurricane is a large rotating storm whose strength is fueled by the warm water and atmospheric moisture present in tropical or subtropical areas in the Atlantic. When it’s out there in the Atlantic, it’s responsible for the big waves that we love to surf but when it moves inland, it becomes very destructive to life and property, even wiping out shorelines.

Now any change in the character of the shoreline can impact the quality of the wave. For instance, if a hurricane manages to destroy the rock jetty on the shoreline at Newport Beach in California and alters the harbor, then the epic Wedge waves that the site is known for will be gone since it’s the jetty and the harbor’s current shape that is responsible for these waves. 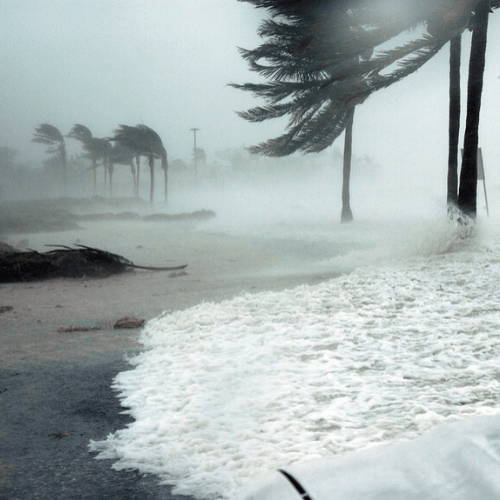 Global warming should concern us all. Beyond riding the big waves, there are larger environmenal concerns that should spur us to take action against climate change. And I'm not just talking about joining advocacies to pressure our legislators to create environment-friendly politics. It's also about getting more of us to act responsibly by lessening our carbon footrpints through recycling and the use of sustainable products.

Global warming is also melting glaciers and icebergs which are causing sea levels to rise and currents to change.

In the latest report released during United Nations 2019 Climate Action Summit, scientists have recorded that from May 2014 to May 2019, the rate of global mean sea-level rise has amounted to 5mm per year, compared with 4mm per year between 2007 and 2016. This is substantially faster than the average rate of 3.2mm per year since 1993.

This means that rising sea levels could roll over reliable breaking points and swallow them without ever tripping. This means that the swells will be flat and there will be no waves for surfers to ride on. It can also change the currents to destroy a particular break in the coastline. 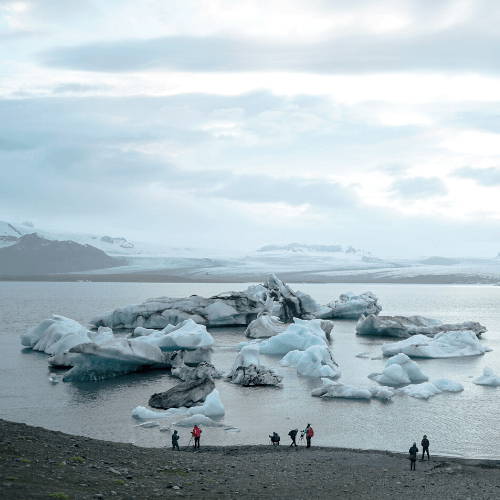 Global warming melts glaciers that cause the rise of sea levels.

It Messes Up Wind Patterns

It is also changing wind patterns. On a global scale, the change in wind patterns is what fuels the melting of Antarctica. But in surfing sites, the shifting wind conditions can alter the way the water moves towards shores.

It can also change the sediment transport patterns by relocating them or even eliminating them. Sandbars which create beach breaks popular among newbie surfers can be eliminated. And without sandbars, there will be no beach breaks. Popular world-class beach breaks, like Puerto Escondido in Mexico, Supertubos in Portugal, and the beach breaks of Hossegor, France will be gone. And when the surf’s gone, so does surf tourism. 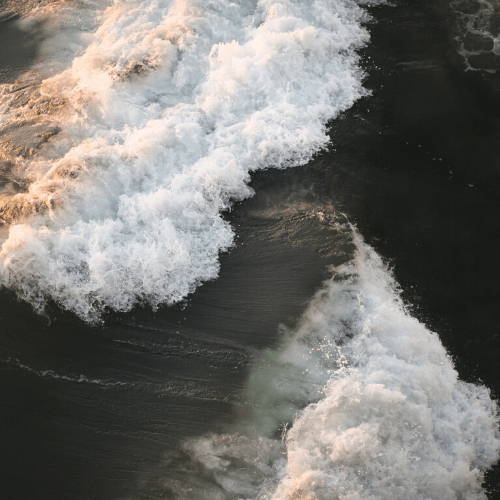 So really, global warming should concern us all. Beyond riding the big waves, there are larger environmental concerns that should spur us to take action against climate change. And I’m not just talking about joining advocacies to pressure our legislators to create environment-friendly policies.

It’s also about getting more of us to act responsibly by lessening our carbon footprints through recycling and the use of sustainable products. Here at Wave Tribe, we’re so into that.

Our stylish surfing gear and products are eco-friendly and are made from recycled and sustainable materials. We may be surfers but there’s no way we’re going to add to the burden of Mother Ocean by using gear that’s been made from fossil fuel. 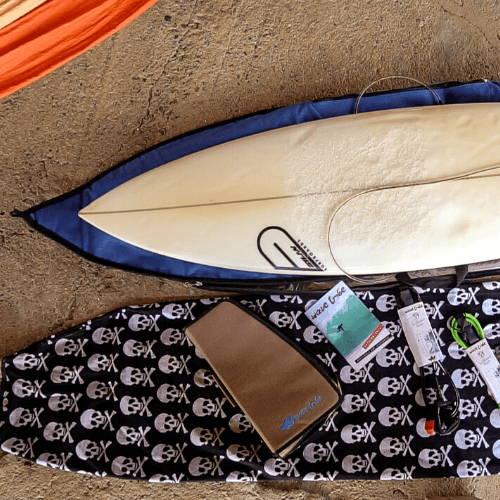 Every little bit goes a long way. And hopefully, because there are more of us surfing the green way, our favorite surfing breaks will be here to stay.

How to Help Your Surf Groms Deal With Climate Anxiety 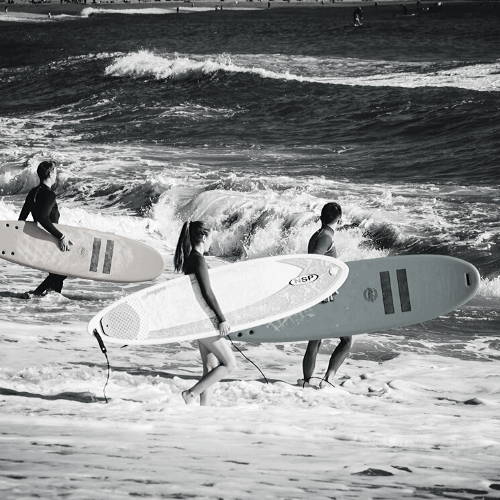