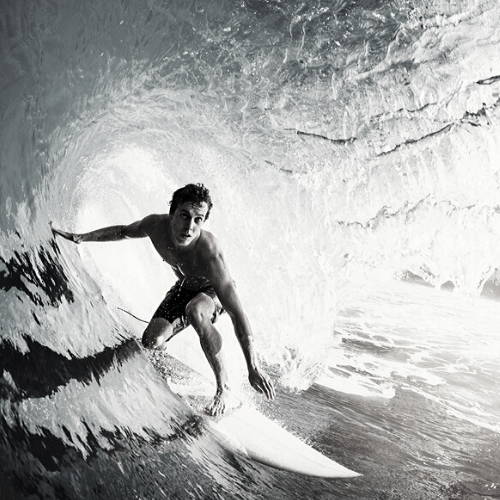 It’s a transitional time when the North and South Pacific can spit out swell, so there’s a lot of opportunities for riding on a peaky combo of NW/WNW and S/SW swells in the water.

This means that it’s the perfect surfing season for newbie surfers since the cross of swells produces good beach breaks. The sandy seafloor at these breaks makes it safe for beginner surfers.

And while we can always look forward to another season of great surfing, there’s more to a California springtime than the waves. It’s also an awesome time to watch whales! 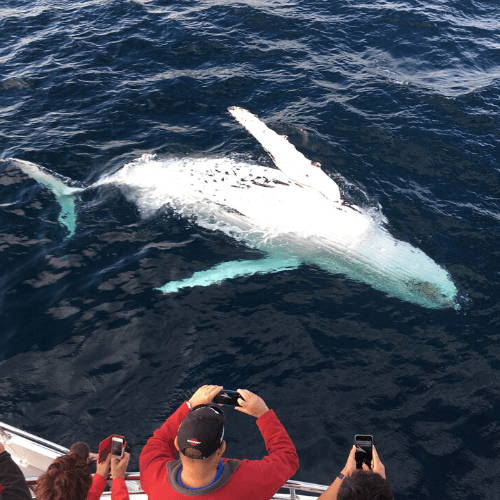 California springtime is an awesome time to watch whales.

Now, I must confess that whales are my favorite creatures in the ocean. There’s nothing like their massive grandeur and the awesome presence in the deep. Here in California, we’ve been fortunate enough to be along the path of the annual migration of the baleen whale or the Eschrichtius robustus.

Hereabouts, we call them the California Gray Whale. These majestic giants make the annual swim from the warm water in Mexico to the cooler climes in chilly Alaska. These whales make their way along the California coast; therefore, virtually anywhere on the entire coastline makes for a great whale-watching opportunity.

And because it’s World Wildlife Day, I’m devoting this week’s blog to writing about this awesome creature. Last year’s celebration highlighted the diversity of life underwater. What better way to continue celebrating it than by watching the whales on their springtime migration to the north, right?

The National Geographic calls them one of the animal kingdom’s great migrators. They travel in groups called pods, with some of them swimming 12,430 miles round-trip from their summer home in Alaskan waters to the warmer waters off the Mexican gulf. They spend their winter and breed in shallow southern waters and temperate climate.

They’re known as baleen whales because of how they eat. They’re filter feeders; they use their snouts to forage by dislodging tiny creatures from the seafloor. They then filter these morsels with a comblike strainer of plates in their upper jaw called a baleen. Also known as a whalebone, one piece of gray whale baleen is about 18 inches long and has a consistency much like a fingernail. Here’s an interesting trivia: it was once used to make ladies’ corsets and umbrella ribs. Which was probably one of the reasons why it was widely hunted then that it became nearly extinct. 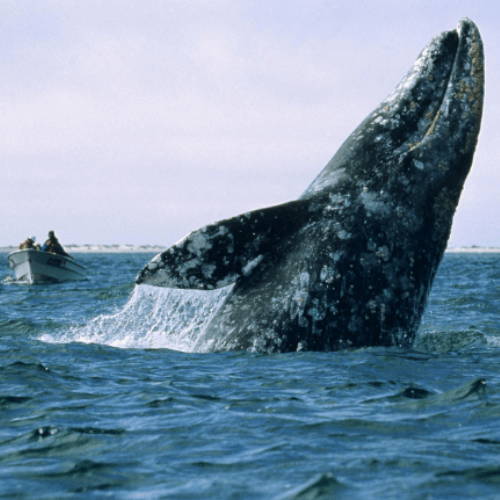 When whalers discovered the gray whale breeding grounds during the late 1800’s, it sparked a hunting frenzy for whale meat. Because of this, the population was nearly decimated. Whalers had to hunt other whale species instead.

This allowed the population to recover. But in the 1900s, when whalers began to use factory ships which allowed them to process the whales at sea, intensive hunting resumed. It came to a point that the population dropped to fewer than 2,000 individuals.

Protection finally came in 1946. Since that time, the population has grown to over 21,000—which was—probably what it was before modern day whaling. As a result of this recovery, the gray whale species found in the Eastern North Pacific was removed from the US Endangered Species List in 1994.

One green action often leads to another, much like how a series of wavelets can produce a great wave.

But there is still another gray whale species that remains critically endangered.

The species found in the Western North Pacific now only has as few as 150 individuals remaining. If this decline is not stopped, this species will become extinct in the immediate future, much like the gray whale species found in North Atlantic which died off a long time ago.

That’s why, here in America, their annual migration continues to be protected by local authorities.

As they pass by the California coast, they will sometimes swim near small skiffs and allow themselves to be touched. Concern has grown about the impact of boat traffic around whales, and so the number of boats allowed near the migration route is restricted. 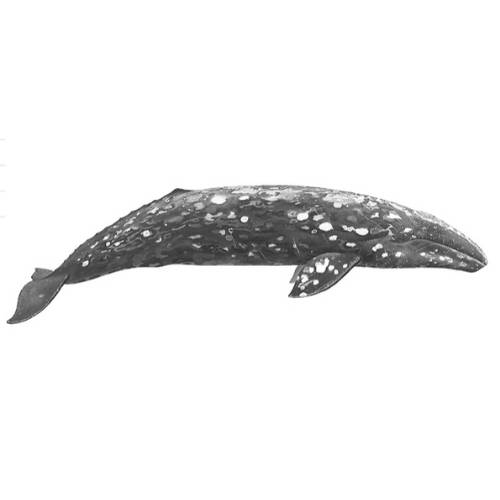 The gray whale species found in the Western North Pacific is endangered and has only 150 individuals remaining.
Photo by: Marine Mammal Center

Like most marine mammals, human activities in the ocean continue to threaten their survival as a species.

Whales, like other cetaceans, are very sensitive to underwater noise. Oil and gas development on the seafloor often generate massive underwater booms that disrupts a cetacean’s navigation skills and feeding habits.

The widespread plastic pollution has also become a hazard for these creatures. Oftentimes, whales die because they’ve swallowed too much plastic or have been entangled in abandoned plastic fishing gear.

The increasing ship traffic in the ocean also increases the risk of vessels colliding with the whales. As more and more ships sail the waters, they often intrude into the migration route of the whales.

Climate change is also another threat for these creatures. Its impact on water temperatures and the rise of UV radiation due to ozone layer depletion can decrease the population of krill which is a food source for many whales. Without enough food, whales won’t be able to support their population.

What We Can Do

All these problems are the result of our dependence on fossil fuel and plastic. Burning fuel creates carbon emission and carelessly disposing plastic results to pollution.

There are many things we can do—from the simple to the complex,—to help prevent this situation from worsening. But it all boils down to examining our lifestyle and making drastic changes about it.

We can start to recycle or use sustainable materials to cut down on our carbon footprint. We can also volunteer our time or donate money to non-profit organizations helping protect marine wildlife and fighting for ocean conservation. 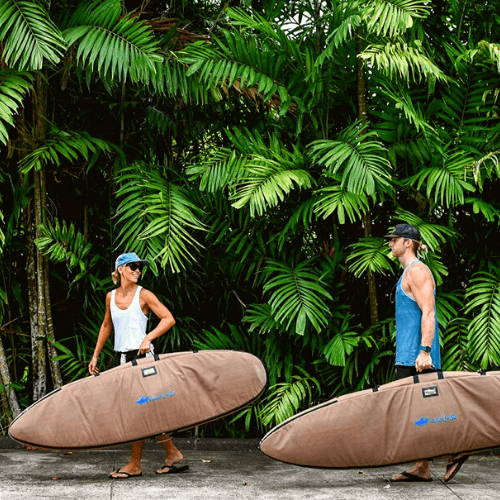 Here at Wave Tribe, we do our part by making our products eco-friendly and sustainable. From our best selling surfboard travel bags to our well-reviewed eco leashes, we help make surfing more eco-friendly for everyone.

Sure, it won’t immediately impact the situation of the whales in general, but I always say, one green action often leads to another, much like how a series of wavelets can produce a great wave. By providing eco-friendly options for the surfer, we’re setting the stage for a future where the ocean becomes plastic free and climate friendly for whales.

Want to know more about our products? Check out our site.

Plastic Kills: The Deadly Six that’s Wiping Out Marine Wildlife
Noise Pollution in Our Oceans - Why We Should be Concerned
Your Ultimate Guide To The Ocean's Most Nurturing Moms

California Waves Blooming: Will You be Surfing the Red Tide? 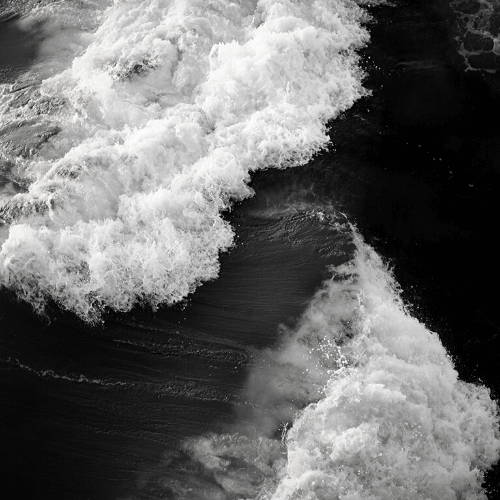