When was the last time you’ve surfed during a red tide? 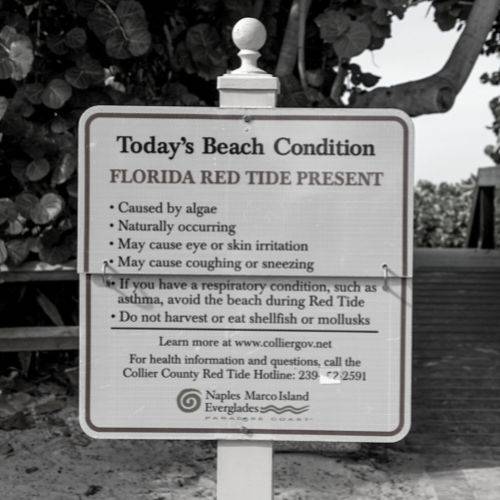 Red tides may look like a nice view to tourists; however, they can greatly affect people and marine creates negatively.

Red tides can be a boon or a bane, depending on whom you ask. Most surfers don’t like it because it makes the water look filthy and smelly, although that doesn’t really stop most die-hard surfers from surfing.

Among tourists, however, a red tide is a beautiful sight, especially during at night. That’s because the ocean water shimmers with a fairy glow, brought about by the bioluminescence of the red tide.

Here in California, red tides occur frequently along the coast. They occur frequently around Santa Barbara and San Diego because the waters there are warmer. In fact, the La Jolla coast along San Diego is already a destination area for tourists looking to view the ocean glow at night.

A red tide is made of tiny marine algae called phytoplankton. There are many types of phytoplankton all over the world; the ones that form the red tide are called dinoflagellates, microscopic organisms which have a whip-like tail that they use to move around.

Dinoflagellates generally produce toxins which is why a red tide is not the time to gorge on shellfish as these eat plankton and retain the toxins in their shellmeat. Not all dinoflagellates are reddish in color, so it’s a misnomer to call it red tide, since the color ranges from brown to orange, depending on the type of algae present in the water.

In a normal and healthy marine environment, phytoplanktons are not dangerous. They, in fact,form the base of most marine food webs. But when they reproduce rapidly, they can overwhelm the ecosystem. When this happens, they are called an algal bloom.

As dinoflagellates run wild, they deplete oxygen in the water to the detriment of other marine organisms. They also produce toxin that is harmful to both animal and human health. That’s why scientists prefer to call them as Harmful Algal Blooms (HABS), rather than red tide.

So what causes a population explosion of these critters?

An abundance of farm fertilizers in our oceans, that’s what.

The run-off coming from agricultural farms and urban homes often contain residues of phosphorus and nitrogen which are the basic components of fertilizers. When the run-off is left untreated by waste water plants and allowed to leach into rivers, it eventually reaches the ocean.

Nitrates and phosphates cause algae and bacteria to reproduce rapidly, so when large amount of these pollutants are dumped in the ocean, it triggers a red tide.

But that’s not the only triggering factor. 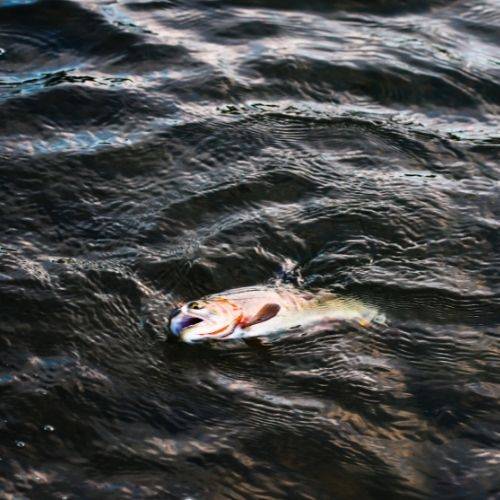 The negative effects of red tide that are heightened by human activity greatly effect the lives within the ocean.

Greenhouse gases are causing our oceans to heat up. Global ocean temperature has risen about 2 degrees since 1900. And warm waters are very conducive for algal blooms.

Shifting winds and ocean patterns caused by climate change also transports these organisms to where waters are warm. That’s why some portions of the coasts have seen an increase in incidents of red tide.

And where red tides become frequent, the threat to human and wildlife becomes constant.

Too much carbon in our atmosphere is heating up the planet, with the ocean absorbing most of the heat. If we are able to reduce carbon levels, we can also reduce the amount of carbon that the ocean can take in, hence cooling down our planet.

Toxic to Wildlife and Surfers

Here in the United States, there are three toxic species that have been identified to cause frequent algal blooms along the seaboard. These are:

The Alexandrium species likes growing in low-saline environment during spring and summer. They’ve been identified by researchers as the primary culprit in the red tides that frequently occur in the Gulf of Maine. They produce a saxitoxin that attacks the respiratory system of humans unfortunate enough to eat sufficient amounts of infected shellfish.

Karenia brevis, meanwhile, is restricted to the Gulf of Mexico and the Caribbean, although it’s been known to show up in other parts of the world. It produces two types of toxins; one attacks the nervous system while another attacks the circulatory system. It’s been documented to cause massive fish and bird kill whenever it undergoes full bloom. It was in fact the main culprit in the massive red tide case that happened in Florida in 2018.

There are other species that have been known to kill off wildlife . In September 1991, more than 100 brown pelicans and cormorants died in Monterey Bay, California. They were poisoned from eating anchovies that fed on Psuedonitzcschia australis, a phytoplankton which produces the toxic domoid acid.

In another case, domoic acid was identified as the reason why many sea lions have been dying throughout central and southern California. They have been feeding on anchovies which have been eating the toxic algae.

And lest you think that humans can stay safe by not eating infected fish and shellfish, you got it wrong.

Apparently, these algae can produce toxins in aerosol form. While there is no record of any swimmer or surfer dying from toxic inhalation, there’s research that suggests exposure to red tide may cause acute health symptoms in surfers.

This maybe in the form of an upper respiratory irritation or even an ear and eye infection. Which makes sense since you’re surfing through a dense wave of microscopic algae.

So can red tide be stopped?

Unfortunately, it can’t be stopped. It’s a natural phenomenon that comes in cycles. But what we can do is to find ways to mitigate its negative effect on the ocean and on our communities.

One way is by stopping fertilizer pollution at the source. This means treating waste water and run-off from agricultural farms so that phosphates and nitrates won’t get into the waterways.

We should also make an effort to reduce our carbon footprints. Too much carbon in our atmosphere is heating up the planet, with the ocean absorbing most of the heat. If we are able to reduce carbon levels, we can also reduce the amount of carbon that the ocean can take in, hence cooling down our planet.

Finally, just to be on the safe side, if there’s a red tide in your favorite surfing spot, do yourself a favor and stay out of the water. Yes, not all red tides are caused by toxic dinoflagellates but unless you have a marine scientist nearby to check out the waters, there’s no way of knowing if its toxic or not.

So instead of surfing, just watch the ocean instead. Take your pleasure from viewing the glowing surf as it crashes on the shore. It’s quite a sight to behold and will more than make up for your temporary stay away from surfing the waters.

Jellyfish Run Amuck and What This Means for the Planet
Surfing In The Rain: When the Weather is Becoming a Buzzkill for Surfers
Changes in the Ocean? Look at its Indicator Species

Why Swimwear Rash Guards Can Be Dangerous For The Ocean 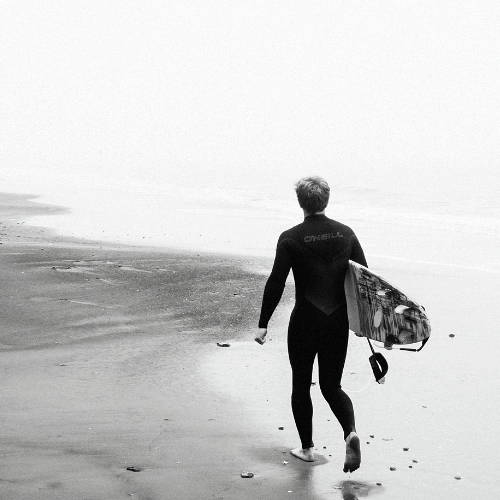