Think twice before you snag seashells and put them into your pocket. 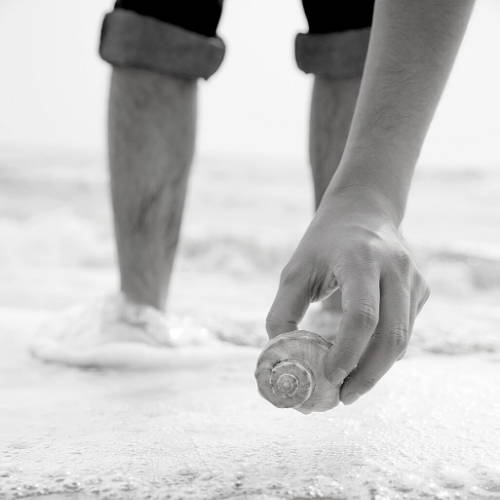 Seashells are wonders of nature's creation, and many tend to collect them from the beach- clueless how this activity impacts the
marine ecosystem.

Have you ever tried stuffing your pockets with seashells or cradling a pile in your t-shirt because you thought they are beautiful? Or have you even brought a plastic pail with you, which you used in collecting them the last time you traveled on the beach?

Whether we admit it or not, we are tempted to pick one off the sand and examine its details when we get to see them while walking along a shoreline. Then, we would start picking up the other seashells like a curious naive child and realize they come in a stunning variety.

Some seashells have a smooth, round design. Some are long and tube-like, and there are seashells with uneven and spiky surfaces. They also come in different sizes. Of course, we all agree that their natural colors contribute to their attractiveness. You would either get enticed to put them into a bucket, bring them home, or decide to leave them in the exact place you picked them from after admiring their beauty. 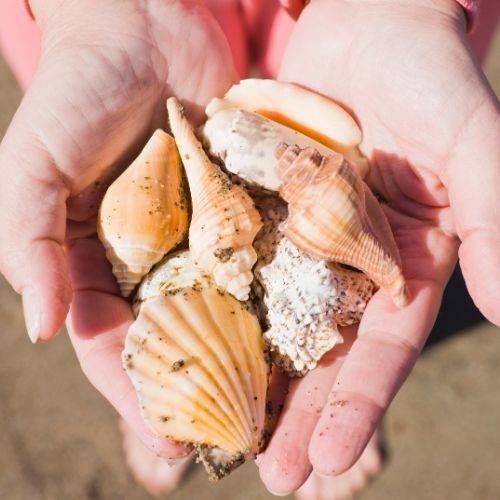 Their varying textures, shapes, and beautiful colors are no doubt would attract anyone who sees them on the seashore.

Collecting seashells seems to be an accustomed activity with the various seashell crafts that we have seen from houses to marketplaces, especially in areas where they are abundant. They are the stars of making decorative items like pieces of jewelry, wallet adornments, seashell chandeliers and mirrors, mosaics, and figurines. Due to their versatility, they are suitable for interior and exterior decorating.

Archaeologists found what is thought to be the first seashell collection in Pompei, dating back to 74 AD. The shells in the collection came from the distant waters and some from the Red Sea. This supports the fact that seashell collecting is not a new concept. Like most collectors in this time, it appears like these shells were gathered for no other reason than they were unique and beautiful.

You can find the rarest and most valuable shells in tropical and subtropical waters of the Caribbean, Indo-Pacific, and Mediterranean regions.

The known most expensive and desirable shell piece globally is the Conus Gloriamaris or Glory of the Sea cone, a long and golden brown shell with a delicate net pattern. It even sold near the price of the Vermeer's Woman in Blue Reading a Letter painting, which today would fetch over $30 million. In 1951, an authentic specimen was stolen from the American Museum of Natural History. 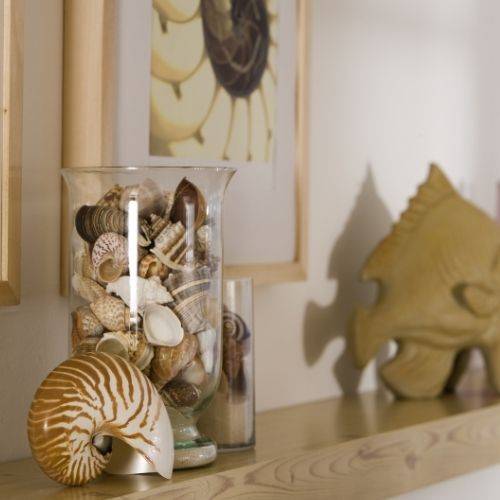 Many people are fond of harvesting seashells due to their versatility as home adornments, and the belief that they come loaded with luck.

Many people are not aware of this fact but harvesting seashells has a massive impact on marine ecosystem. Tiny creatures use these seashells as home and we can't take these away from them. I believe they do need seashells more than humans do.

Apart from the fact that seashells are harvested for crafts, they were also used as a currency in the earliest days of human history. When bartering days ceased, metals such as silver and gold were used as a currency for trade. Cowry shells also got their place in the trade as a product for commodity exchange.

Countries like China and India used these shells as a currency. Currently, shell currency is still considered legal on the Papua New Guinea island of East New Britain.

They were used as money for reasons: they are handy and durable. Their small size makes them easy to handle and transport. These shells are also unique due to their shapes and texture. They are easy to recognize and hard to make a counterfeit. These elements are comparable to the modern form of money. No wonder people used them for the same purpose.

Most people deem shell harvesting harmless because of how people transform them: they are used for decorations, as currency, among others. Sadly, we do not find it as offensive as seeing people dumping their garbage near the oceans when it has the same harmful effect. 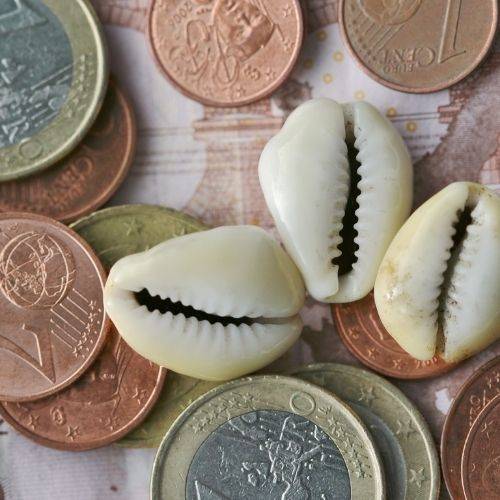 Cowry shells were used as currency in other countries such as China and India.

Why You Shouldn't Take Shells From The Beach

You might be thinking: it will not hurt to take one.

Half of the people in the world could be thinking the same. Each of you can take one, and that is still a lot. So, let me tell you this. It can even hurt to take one.

Here are a few reasons why you shouldn’t take shells from the beach.

Shells are shelters of many sea creatures.

We find collecting seashells and turning them into decorations fun and productive without knowing their sea creatures’ effect. We even have no idea how it will affect them.

Seashells are homes to young fish or hermit crabs. Octopus use shells as camouflage. To avoid predators, many fishes use shells as hiding places. Did you also learn that birds use shells to build their nests?

These are not the only creatures that benefit from plenty of shells. Seashells provide home or attachment for seagrass, sponges, and algae.

We bring tremendous trouble to sea creatures with the trash we dump making their way to the oceans, and shells are also getting fewer for their access. In effect, crabs are forced to search for alternative housing. It is common now to see hermit crabs settling in toxic plasticware such as toothpaste caps and bottles. This way of living with plastics that we have dumped is dangerous for these animals.

The ocean is an integral part of the ecosystem. The results can lead to tragedy if one thing is out of balance.

“Removal of large particles, such as shells alters the physical characteristics of sediment,” said Michal Kowalewski, Thompson Chair of Invertebrate Paleontology at the Florida Museum of Natural History and the University of Florida. “This may lead to changes in the rates and patterns of erosion along the shoreline.”

Severe depletion of shells will affect coastal populations. So, before you take a sack of shells from a beach, consider how significant they are to the planet's ecosystems.

Shell collecting could be illegal.

It is illegal to take shells in other countries.

In the Philippines, many shells are protected by Philippine laws. It is stated in the 2001 Fisheries Administrative Order 208. It protects rare, threatened, and endangered species that taking or catching them except for scientific research purposes is punishable by imprisonment of up to 20 years or a fine of up to P120,000 or both.

Costa Rica also prohibits the removal of any shells.

If you love to travel and going to the beach, it is advisable to research strict orders. Also, get familiar with beach bumming rules: What belongs to the beach stays on the beach. Take nothing but photos, kill nothing but time, and — you know the drill — leave nothing but footprints.

Collecting seashells may seem harmless, yet in the real sense, it harms many sea animals. They are living things, too—living, breathing things whose lives are just as meaningful as ours.

Try to put yourself in their shoes. Your home is the seashell. Imagine some giants quickly picking up your home and taking it with them for good, leaving you homeless and unprotected.

Letting them settle on the beaches and cleaning up in those areas make a difference in healing the oceans. The sea creatures need seashells more than humans do.

Not only does Wave Tribe provide eye-opener reads that tackle global ocean issues where the worldwide population and marine wildlife are affected. As a surfer and a lover of the ocean, I’m a firm believer that these problems that we rarely talk about in real life must be addressed.

Here at Wave Tribe, we started by being thoughtful enough to develop surfing gear and accessories made of environmentally-friendly materials to minimize our civilization’s dreadful impact on the ocean. We all owe it to the oceans to make them clean and their inhabitants to be unharmed. 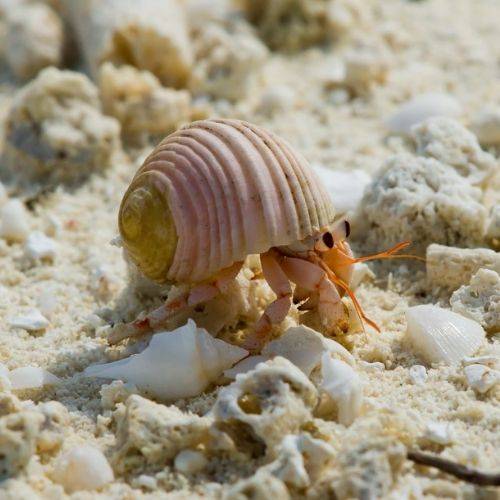 Hermit crabs use seashells as their homes to protect themselves from predators.

Why Oceans Are Important: Everything You Need To Know
Here are More Reasons Not to Use Plastic Bags and Bottles
Plastic Kills: The Deadly Six that’s Wiping Out Marine Wildlife 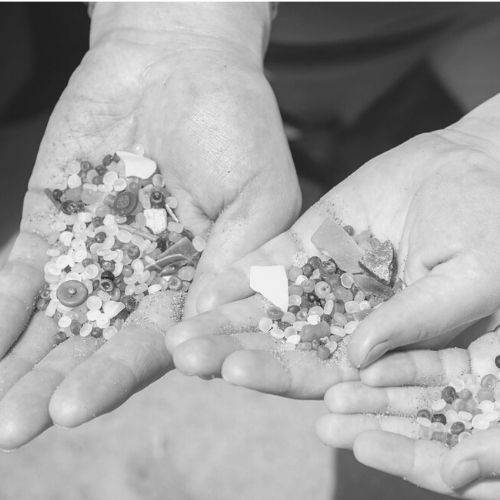