Much has been said about the amount and kind of plastic that’s polluting our oceans. 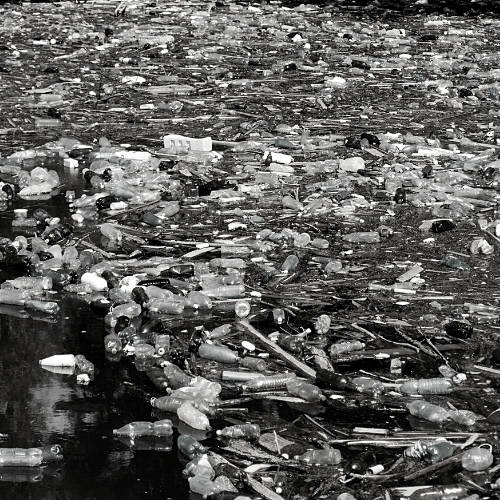 Plastic wastes in our oceans

From single-use plastic bottles to packaging materials, the sheer amount of all these has contributed to the formation of an island of plastic, the size of Texas, floating off our coasts.

And yet these materials are just the tip of the proverbial iceberg. There’s a far more insidious and deadly threat haunting the sea beds.

They’re called as such because they look almost invisible and spectral underwater. But the more appropriate term would actually be “abandoned fishing gear”.

This includes, not only fishing nets, but abandoned fishing lines and traps. They are an invisible and deadly threat to marine ecosystems worldwide.

When a fishing net or a line is discarded in the ocean, it floats around, catching any organism swimming in the currents. Eventually, when it’s heavy enough, it sinks down to the sea bed.

The net may wrap itself on a coral reef or a shipwreck, where it will ensnare more marine animals, maiming or starving them to death. It’s a deathtrap waiting to happen. 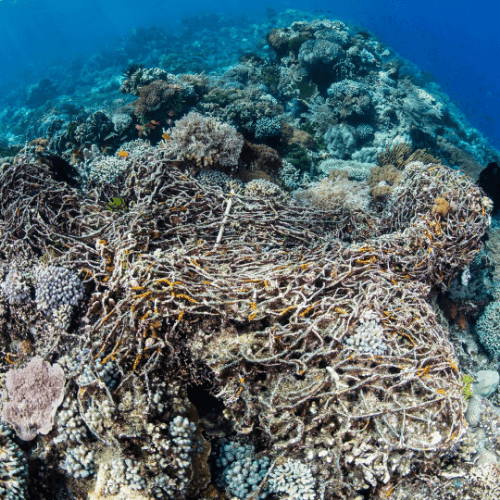 Sometimes, the fishing net will break apart under the shear load of its weight. When that happens, the parts of the net will rise upwards again, ready to trap more creatures in its deadly embrace.

Abandoned fishing traps, meanwhile, trap ocean bottom dwellers unfortunate enough to stray into them. Crabs, lobsters and shrimps—even eels are all vulnerable to these traps.

And it’s not only the creatures that live underwater that are killed by ghost nets. Seals and sea birds are often strangled to death when caught in an abandoned net or line. Sea turtles starve to death when they mistake these fishing gears for food.

Fishing Nets Are A Global Problem

It’s an equal opportunity killer and a worldwide problem. In a 2018 report by the London-based World Animal Protection, it was found out that about 71 percent of "entanglement incidents" involve encounters between an animal and plastic rope or netting. And in 79 percent of these cases, it ends in harm or death for the creature.

In another report, which was jointly issued by the Food and Agriculture Organization (FAO) and the United Nations Environment Program (UNEP), it is estimated that abandoned fishing gear comprise 10 percent of the total litter found in our oceans today. That’s about 640,000 tons of abandoned nets spread across the world’s oceans.

The modern fishing industry has long discarded nets made from biodegradable hemp or cotton in favor of petroleum-based, synthetic materials like nylon. This is because nylon is degrade-resistant and can be used for hundreds of years.

The problem is that nylon and similar synthetic polymers are basically still plastic. If and when they break apart underwater, they break into tiny microplastic which are eaten by fish and other bottom feeders.

Microplastics showing up in the shellfish that we eat have already been documented by researchers. They are also already present in sea salt and alarmingly, even in canned fish. 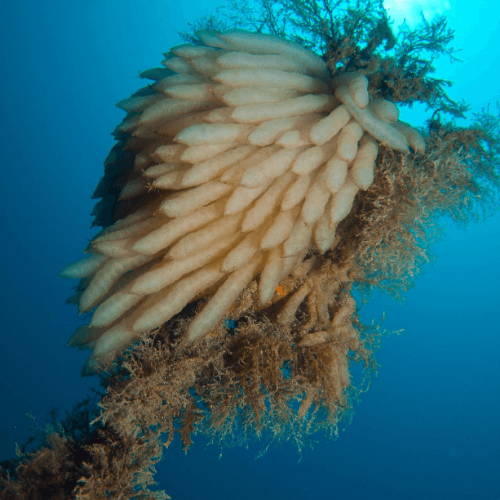 Lost nets undermine the viability of local fisheries since it traps and kills an enormous volume of seafood which would otherwise form part of the regular catch.

In one example from the California SeaDoc Cleanup Initiative, one abandoned net can kill $20,000 Dungeness crabs in one year.

Not only is this bad news for the aquaculture industry but also for the approximately three billion people in the world who rely on both wild-caught and farmed seafood as their primary source of protein.

Someday, we hope to surf in an ocean free from ghost nets and rogue islands of plastics. Until then, it is our mission to continue producing surfing products that will not aggravate this widespread problem.

Fortunately, there are several clean-up initiatives around the world that have sprung up to address this issue. I googled these initiatives online and found out that most of these involve retrieving the abandoned gear, which is often cost-intensive, and recycling them into stuff that can be sold again to the market, much like the products we have here at Wave Tribe.

Companies like Aquafil use the netting to create Econyl, a regenerated nylon fiber made from recycled plastic polymers. Their production process uses 80 percent less energy than making nylon from virgin oil.

Aquafil makes high-quality, high-performance yarn that clothing brands have used in clothing products like bikinis, athleisure apparel and sundresses. They are upcycle carpet and other products that usually just go straight to landfill. 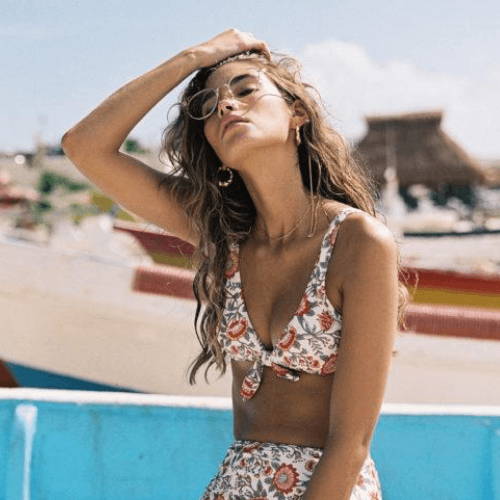 The ECONYL® regenerated nylon fiber are used by clothing brands to produce products like bikinis.
Photo by: ECONYL®

Here in America, a multi-sectoral partnership between Covanta Energy, the National Oceanic Atmospheric Administration’s Marine Debris Program, National Fish and Wildlife Foundation, and Schnitzer Steel, is converting old fishing gear into energy. NOAA estimates that one ton of derelict nets can power a home for 25 days.

According to the project website, “through December 2013, the Fishing for Energy partnership has provided removal services at 41 ports in nine states, collecting over 2.2 million pounds of fishing gear.

The statement continues, “gear collected at the ports is first sorted at Schnitzer Steel Industries for metals recycling, and the remaining non-recyclable material is converted into energy at Covanta Energy locations. Through the Fishing for Energy grants fund, close to $800,000 has been awarded with about $500,000 matched from grantees for thirteen projects engaging over 1,000 fishermen.”

It sounds promising but it isn’t a permanent solution.

The best way is still not losing fishing gear. I found out that one way this could be done is by compiling a global registry of fishing gear. Whenever one buys fishing gear, it will be logged and registered, and at the end of its useful life, the buyer is responsible for surrendering it for recycling.

But this plan of action requires coordination and determination from the marine and plastic industries, both of which are slow in coming. In fact, the 1973 International Convention for Prevention of Pollution from Ships which seeks to curtail marine pollution, doesn’t even adequately address the problem of ghost fishing gear.

What You Can Do About Fishing Nets

For all that has yet to be done, there are still many small-scale initiatives that can be implemented to address the issue.

I personally don’t eat anything that comes from the ocean and know that by refusing to consume any animal products my ecological footprint is smaller on land and in the water. I don’t expect you to take that initiative, but I would challenge you to consume less animal products.

Here at Wave Tribe, we’re also doing our share to address the problem of plastic pollution by using recycled plastic from bottles and containers to produce our world class unbreakable eco-leashes.

The recycled plastic is used to make the urethane cord in the production process while the technical components are all made from new molds resulting to a strong and eco-friendly surfing product.

Someday, we hope to surf in an ocean free from ghost nets and rogue islands of plastics. Until then, it is our mission to continue producing surfing products that will not aggravate this widespread problem.

If you want to check out more stylish, and eco-friendly surfing gear, check out our site.

Surfboard Wax Is Toxic - Why You Should Buy Eco Wax
Why Hemp is Amazing
Do You Really Need A Surfing Leash? - Your Ultimate Guide 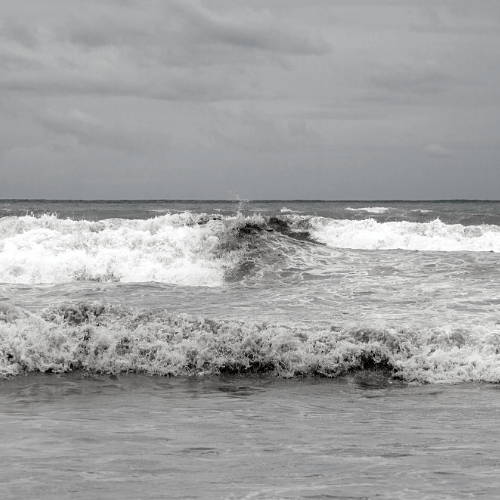