Surfing is fun and judging by the growing number of people who buy surfboards and flock to surfing spots each year, it’s also very popular. 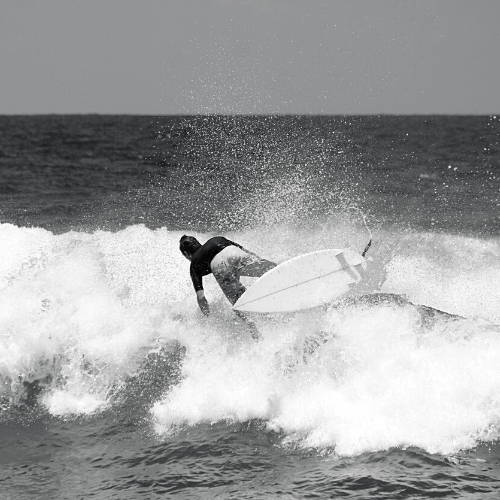 Like any other sport, surfing also has its own risks.

But like any safe sport, it has its own share of risks. There’s the rare encounter with a shark, the unfortunate gear malfunction, or the occasional trauma as a result of a gnarly wipeout.

But all of these are par for the course. When you love the sport as much as we do, you’re willing to take the risk so that you can get stoked while pursuing your wave.

Unfortunately, though, the risks are higher these days. Climate change is changing the ocean drastically that even its negative effects are affecting surfers. Here’s how climate change can increase the risks of surfing.

It used to be that all you needed to look out for are sharks when surfing the water. But now, add toxic jellyfish and algal blooms to your watch list.

Algal blooms are toxic to marine wildlife. And while there is no actual case of a surfer dying from algal bloom exposure, there’s research that suggests exposure to red tide may cause acute health symptoms in surfers.

Toxic jellyfish are another matter.

Every year, some 150 million swimmers suffer jellyfish stings all over the world. Mercifully, however, only 50 die from jellyfish stings. But this number could increase as more and more jellyfish reach our shores and multiply because of our warmer seas. Toxic species like the box jellyfish which normally live in tropical waters could survive in our seas. 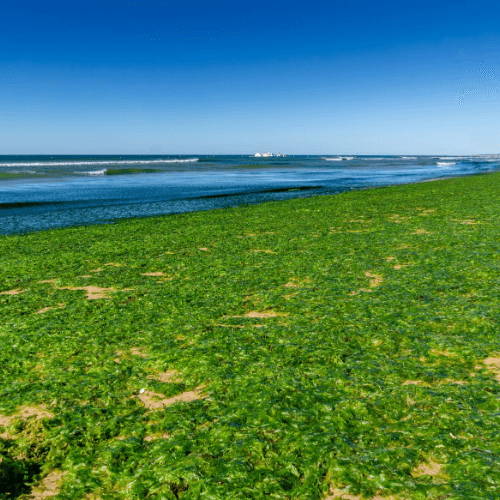 Algal blooms are toxic to marine wildlife and research also shows that it can cause acute health symptoms to humans.

More Germs in the Ocean Water

It used to be fun surfing during a squall. There’s no one else in the waters and there’s a joy to be had while surfing those sick waves that sometimes roll in during a storm.

And yet it isn’t entirely safe to do so.

Heavy rains bring out stormwater. This water is usually absorbed by the ground or channeled into streams and rivers. But in urban communities, where the ground is usually paved over with cement and asphalt, rainwater isn’t immediately absorbed, resulting in the water flooding the streets.

This stormwater, in its haste to find an outlet towards the ocean, sweeps up all kinds of urban debris and pollution and carries it along its wake.

All that trash in the ocean creates a fertile environment for dangerous bacteria to survive. In a study conducted by the Surfrider Foundation, they found out that there is a significant link between water quality and illness rates during wet weather. 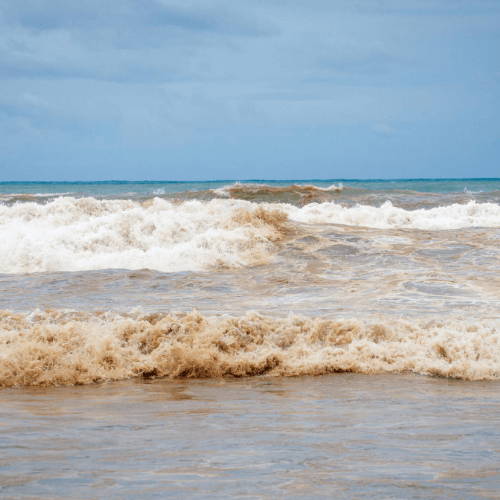 Stormwater brought about by heavy rains bring germs like salmonella, E.coli, and amoeba.

This means that you are more likely to get a gastrointestinal illness from surfing in dirty ocean water and that rate increases when you surf immediately after a rain event. This is why Surfline always posts those 72-hour warnings for us after the rain.

Catching a bug can be potentially life-threatening. The germs found in polluted beaches are pathogenic and can cause infectious diseases. Germs like salmonella, E.coli, and amoeba are all present in the run-off.

So yeah, our ocean isn’t as clean as it used to be—but it’s especially bad after a hard rain.

Climate change is changing the ocean drastically that even its negative effects are affecting surfers.

Aside from the fact that this plastic trash is made from toxic materials, it also acts as a sponge for other dangerous chemical pollutants in the ocean. When sunlight and heat break down this plastic waste, not only does it release methane and ethylene, but it also leaks out other chemicals that it has absorbed during its journey to the ocean.

As a surfer, you don’t want to be exposed to this stuff. It can interfere with your reproductive and endocrine systems. 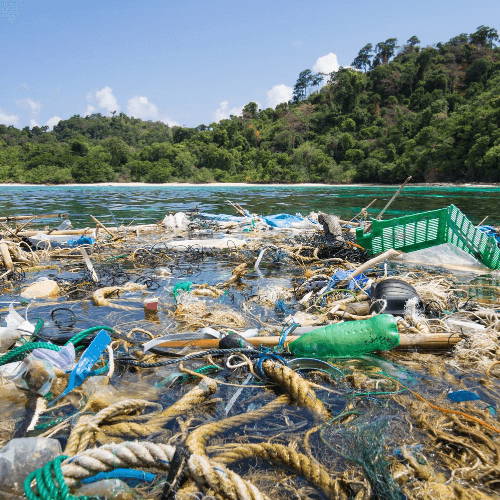 Aside from being toxic, plastics also act as sponge for other dangerous chemical pollutants.

As the ocean absorbs more heat from the atmosphere, it is causing an increase in the energy of the waves.

When combined with rising sea levels, this could also be disastrous for our coasts. Higher sea levels could lead to more wave energy being carried to shore, meaning faster erosion and dangerous storms. 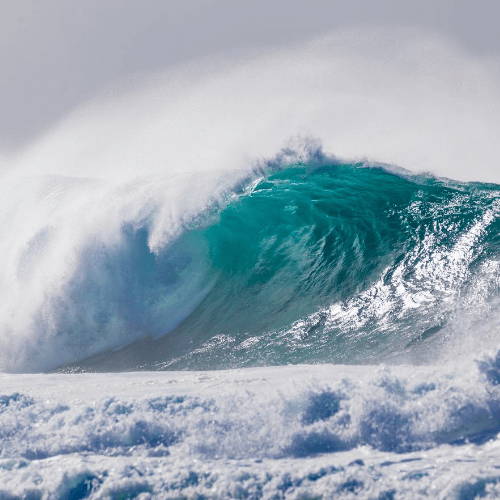 The ocean's rising temperature produces stronger winds and give rise to bigger and more dangerous waves.

The take away from all of this is that climate change really sucks and not just for the public at large but also for us in the surfing community.

That’s why we gotta support organizations that seek to reduce carbon emissions and plastic pollution while also doing our share to reduce our carbon footprint.

Here at Wave Tribe, we do our part by making it our mission to keep oceans safe from toxic surfing. We do this by creating stylish and eco-friendly surfing gear and products so that you don’t have to worry about harming the ocean while enjoying the benefits of surfing.

So if you’re looking for an organic surfboard wax, an eco-leash made from recycled plastic, or even a sustainable hemp-based surfboard travel bag, check us out. We can begin to lessen the risks brought about by climate change if we take the step towards responsible surfing. 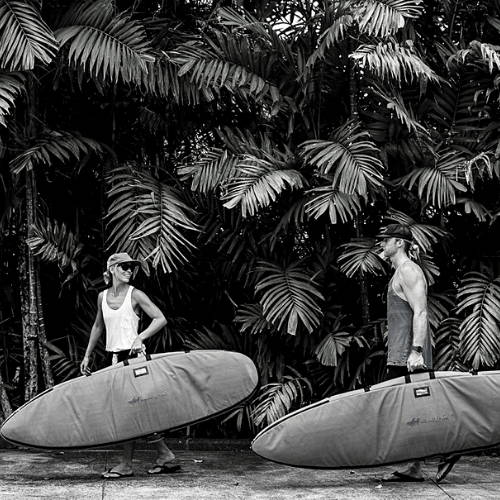