The reason I asked is because last Sunday was National Birds Day. 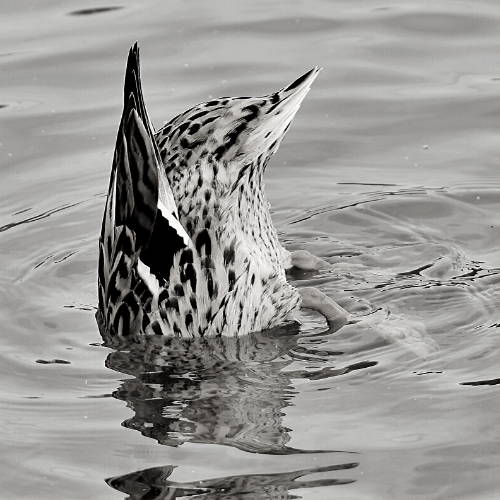 It’s a day to bring attention to our feathered friends everywhere. And what better way to celebrate this than by highlighting this technique, which not many of us are aware about, is actually done by surfing ducks.

Here's what you can find on this article: 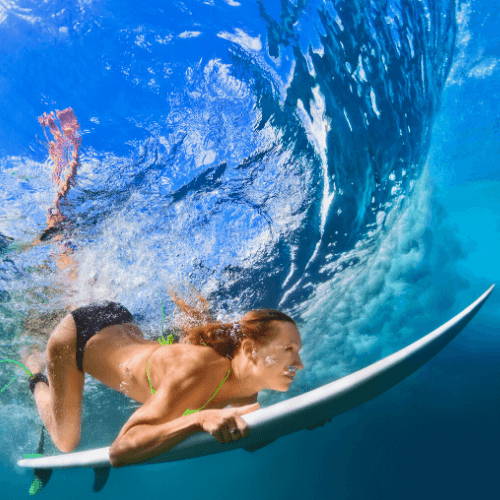 For newbie surfers, the duck dive is the most basic of surfing maneuvers and yet it requires constant practice in order to get it right. When I was still learning how to surf, I had to practice it with my shortboard constantly just so that my muscles can memorize how to do it.

If you’ve never surfed before, allow me to define what duck diving is. It’s a technique on how to dive under an incoming wave and come out through the other side neatly. One uses a shortboard to do it. If you’re using a longboard, you’ll require another technique: the turtle roll. But that’s another post for another day.

Mastering this skill is important if you intend to chase bigger waves or ride frequent waves. This skill is also essential if you want to surf in crowds: it’s the way to get to the waves ahead of everyone else. Another thing about this technique is that a newbie can practice it in any surfing conditions, even if it’s totally flat so you can’t really blame the lack of waves for not practicing.

It may look easy but it isn’t. In my initial attempts, I kept being washed backwards by the wave. The thing to aim for is to get both you and your surfboard as far beneath the incoming waves as possible, recover quickly when you have passed under the wave, and then return to paddling out. The Inertia has an excellent guide on how to duck dive.

Now here’s the fun part. Did you know that this technique wasn’t just invented by a surfer? Sea Ducks have been doing this since, well, time immemorial. I imagined that we just sort of stumbled into it when we were looking for ways to get past a wave. Or perhaps a surfer long ago happened to see ducks diving for food and tried copying it. Somehow along the way, the technique was refined and perfected and later named duck dive.

Whatever. Let’s just be amazed at the Surf Scoter Duck.

This bird species is a large sea duck native to North America. Wildlife researchers know them as Melanitta perspicillata. Diving is second nature to these ducks since they feed on small crustaceans and sea shells underwater. 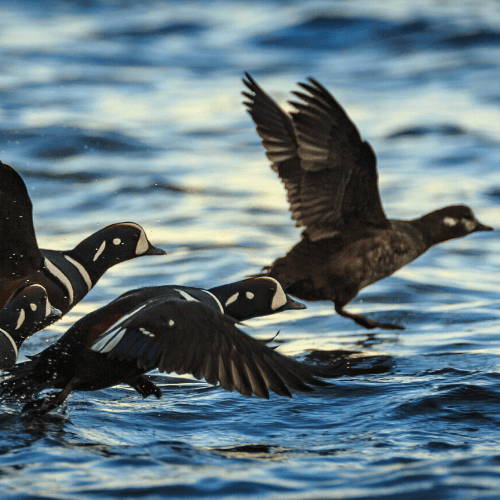 Now you might wonder why they’d go out and meet the harshest waves when there’s calmer water close by? It’s because the intense churning action of crashing waves can expose small clams and small crabs that scoters eat.

And this is how they avoid being smashed by the wave. When a towering wave is about to crash down, the scoter deftly dives and swims under the crest of the foaming breaker, then pops up on the other side. Very slick.

I haven’t found any hydrodynamic studies to illustrate the physics of it all but I assume that the general shape of the duck’s beak and body allows it to dive down easily and swim up to the other side.

Whereas us humans have to practice flattening ourselves on our boards and then find the right angle when shoving the tip of our surfboards down the ocean’s surface in order to pass under the wave’s crest and come up safely to the other side.

Sandy beaches are prime habitats for many bird species, including the endangered ones. Unfortunately though, the heavy human traffic disturbs their habitats. Beaches also become dumping grounds for marine debris. Most of these are made of plastic and pose a danger to these creatures.

Feeling some kinship with this surfing bird, I checked out their IUCN status. Thankfully, it’s not on the endangered list since they still have an extremely large range and population all over. But according to some wildlife biologists, the populations have been apparently decreasing over the last few years. But this decline is relatively small and not rapid enough to change their IUCN status to Vulnerable. Worldwide, their population is estimated to be between 250,000 and 1,300,000 individuals.

Still, it’s vulnerable to the same threats that plague marine wildlife. For instance, during the November 2007 oil spill in San Francisco harbour which oiled and killed thousands of birds, at least 40% of the victims were from this species. Scientists were especially worried then that the long term effects of this spill could include the further decline of the scoter population because those that were killed were healthy, fertile adults.

Which basically brings us to the reason why we should, now more than ever, do everything we can to protect these birds and the rest of the marine wildlife. 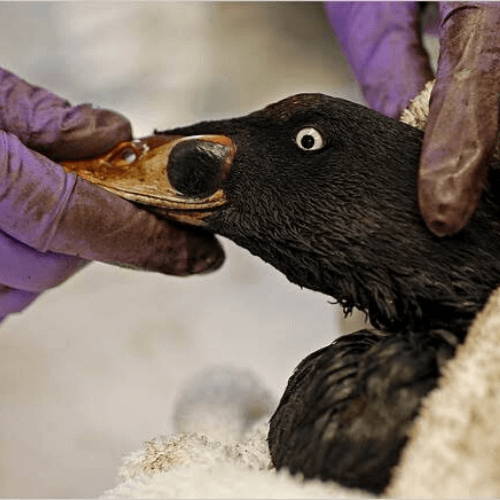 Duck soaked with oil treated in California during the November 2007 oil spill. Photo by; The New York Times

One way of helping them is by protecting the places where they live and feed and nurture their young. And this happens to be our favorite recreational destination: the beach.

Sandy beaches are prime habitats for many bird species, including the endangered ones. Unfortunately though, the heavy human traffic disturbs their habitats. Beaches also become dumping grounds for marine debris. Most of these are made of plastic and pose a danger to these creatures.

That’s why beach clean-ups are helpful because they help reduce the risk of birds dying from plastic ingestion or suffocation. In Southern California, there are over 100 bird species found in beaches. We shouldn’t be irresponsible enough to put them all in danger. 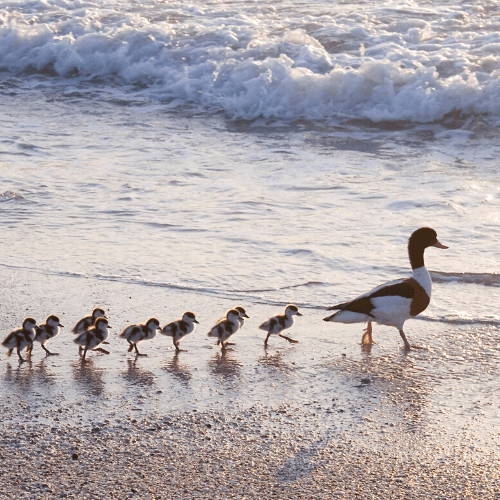 Duck and ducklings walking in a row.

In fact, according to the Explore Beaches website of the University of California, Santa Barbara (UCSB), here’s what you can do to help save them.

Or you can go one step ahead and volunteer your time or resources to a conservation project for marine wildlife like these seabirds. Here at Wave Tribe, we came up with a list of dedicated non-profits that you can look into if you want to do more for the ocean and its inhabitants.

So the next time you duck and dive, remember our avian bros. They, along with the rest of the beleaguered marine ecosystem, need your help during this time of intense climate change.

Why A Broken Surfboard Is Bad For The Environment
Do You Really Need A Surfing Leash? - Your Ultimate Guide
Surfboard Wax Is Toxic - Why You Should Buy Eco Wax 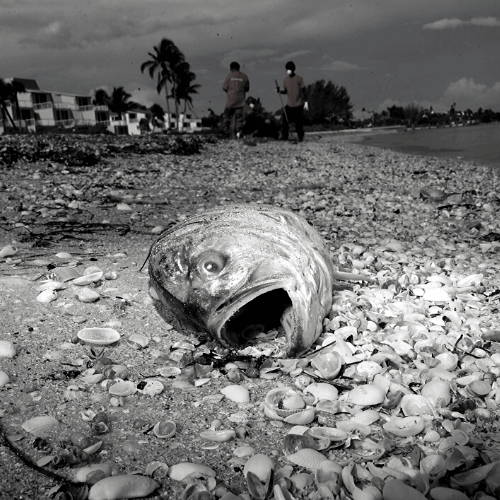