Microplastics In Our Marine Environment: 5 Reasons Why We Should Be Alarmed

Microplastics In Our Marine Environment: 5 Reasons Why We Should Be Alarmed

By now, we know how plastic has overtaken our lives. We rely on it for almost everything. 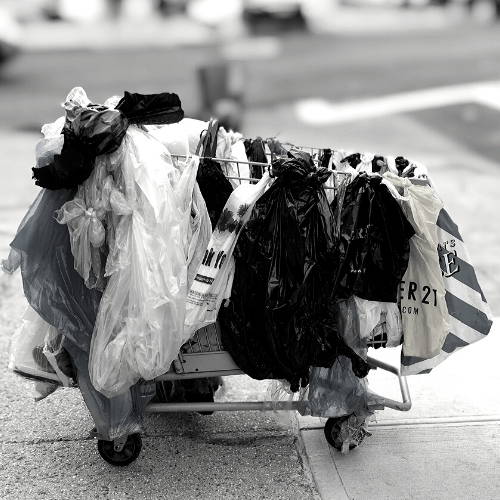 From consumer packaging to medicine, plastic and its derivatives are now deeply entrenched in our modern society. And because of its almost immortal lifespan, it will outlive us all, to the detriment of our environment.

This is the dark side of plastic use. We rely on it so much but we don’t maintain proper managing and recycling techniques to minimize its impact on our planet. As a result, we end up polluting our environment with it.

And nowhere is that more apparent than in our ocean environment. Currently, there are Texas-sized islands of plastic debris floating on our major oceans; millions of marine wildlife are killed by floating plastic, and wide patches of the ocean are experiencing destructive heatwaves as a result of our planet heating up because of high carbon emissions which can be traced back to our need to produce more plastic.

And it doesn’t stop there. In fact, when plastic is dumped in the ocean, it continues polluting. They break up into very small particles—the size of a sesame seed or less—and continue to persist in the ocean’s currents.

Microplastics are not a recent problem. As early as the 1960s, researchers have already encountered cases of these in birds and plankton net samples. But it’s only in the recent decade that there has been a significant attention directed on this issue because it’s now clear that the phenomenon is widespread as a result of the pollution.

To date, scientists have found microplastics in 114 aquatic species. This is very alarming not only because most of these species are part of our diets but also because of these reasons: 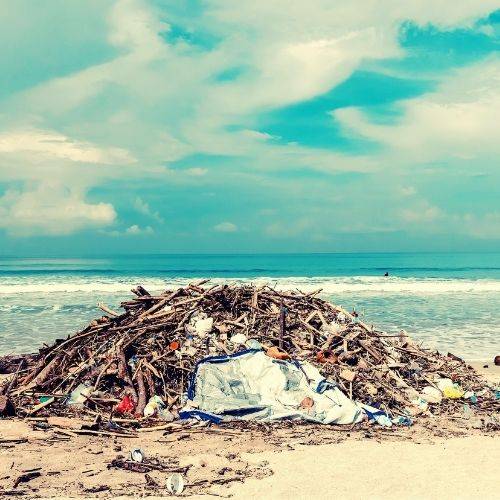 Reason 1: Microplastics have a significant impact on wildlife diversity

Fish and insects have been eating them for a long time now. And in sufficient quantities, microplastics damage aquatic creatures. They can block digestive tracts, diminish the urge to eat, killing them by way of starvation.

Microplastics also have a toxic effect on organisms. That’s because they attract free floating pollutants like polychlorinated biphenyls (PCBs), polycyclic aromatic hydrocarbons (PAHs), and heavy metals which easily stick to their surfaces.

These chemicals are toxic in that they impact the animal endocrine system and lymphatic system which regulates hormones and eliminates body toxins. This can lead to a reduction of growth and reproductive output for marine wildlife populations.

It also changes the chemical composition of the environment in small but significant ways, for example, by absorbing pheromones that fish and insects depend on to trigger their fight-or-flight response. This will upset the balance between prey-predator relationships in the ecosystem, throwing our food web into disarray.

Because we eat seafood, it’s a foregone conclusion that we’d end up eating microplastic as well. Researchers have now discovered microplastic in our poop. In a small study by EU researchers, they were actually able to establish that at least 20 particles of microplastic are present per quarter pound of poop.

Another study also found out that microplastics are also present in canned fish and sea salt. In fact, one kilo of sea salt can contain over 600 microplastics. Consume the maximum daily intake of 5 grams of salt and you’ll be ingesting 3 microplastics a day. 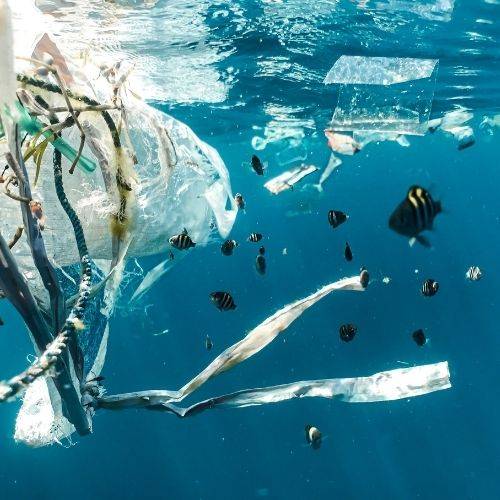 It’s also present in our drinking water. In a 2017 study, it was found out that about 83 percent of tap water samples collected from around the world were found to be contaminated with plastic fibers. Alarmingly, the American samples had the highest contamination rate at 94%.

Scientists say that when these plastic particles reach our stomach, these plastics are either excreted, get entrapped in stomach and intestinal lining or move freely in body fluids such as blood, thereby reaching various organs and tissues of the body. Unfortunately, there is no study yet if there is any long term impact of microplastics on the human body but given its effect on wildlife, there’s sufficient reason to be alarmed.

Especially, since it looks like there is no more escaping microplastic even on land.

Earlier this year, French researchers found out that thousands and thousands of microplastic particles were raining down on a secluded spot in the Pyrenees, 75 miles from the nearest city.

Because microplastic is light, it can be carried by wind currents. And that is what the researchers discovered when they collected samples of atmospheric dry and wet deposits in the study site over a period of time. They found out that about 365 particles of microplastics were deposited per square meter on a daily basis.

Microplastic pollution will increase exponentially if we don’t find effective ways to manage this problem. And while its effects on the human body seem negligible right now, scientists are predicting that the first widespread effect that you could expect from microplastic would be in about 50 years. By that time, we could be too late in finding a solution to it. It would be like the 60s all over again, when we first thought nothing of the negative impact that plastics would have on our planet. And now we’re playing catch-up with the plastic monstrosity that we’ve created.

Microplastic is also harming Prochlorococcus, the marine bacteria responsible for producing 10 percent of the world’s oxygen.

The Prochlorococcus has a critical role in global oxygen production, carbon fixation and biogeochemical cycling, making them important organisms to consider in determining the potential effects of stressors on marine ecosystems.

In a study, researchers found out that it has a negative impact on the ocean’s photosynthetic bacteria.

Lesser marine bacteria would mean that the Earth’s ecosystem services are unstable and unable to sustainably support our population.

Reason 5: There is a lack of information on long-term effects

Given the widespread microplastic contamination, we should have the latest information in order to address and find solutions to this problem. Unfortunately, there’s not much studies on this; the scientific community is only beginning to focus its attention on this aspect of the pollution problem.

And experts agree that this microplastic pollution will increase exponentially if we don’t find effective ways to manage this problem. And while its effects on the human body seem negligible right now, scientists are predicting that the first widespread effect that you could expect from microplastic would be in about 50 years.

By that time, we could be too late in finding a solution to it. It would be like the 60s all over again, when we first thought nothing of the negative impact that plastics would have on our planet. And now we’re playing catch-up with the plastic monstrosity that we’ve created.

Still, it’s never too late to start. On my newsfeed, I found this report of an 18-year old kid who won a science contest for developing a method to remove microplastics using a liquid invented by NASA. It’s heartwarming to see our next generation taking on the fight to restore our planet.

Similarly, here at Wave Tribe, we do our part to minimize the negative impact of microplastics on our environment. We recycle plastic pellets from single-use bottles and containers to produce our world class unbreakable eco leashes.

The recycled plastic is used to make the urethane cord in the production process while the technical components are all made from new molds resulting to a strong and eco-friendly surfing product. 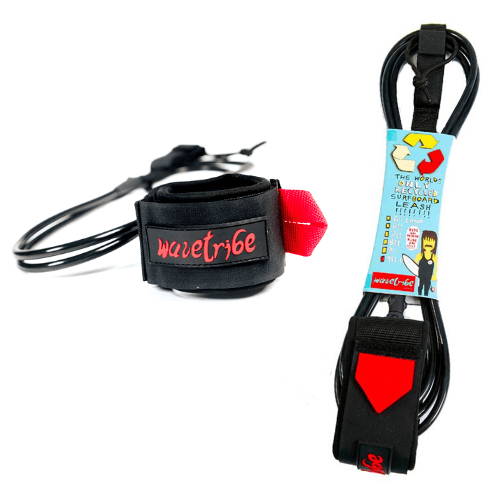 It’s our small contribution to reducing plastic leakage to the environment. If you want to see more surfing products made from sustainable and low-carbon resources, check out our site. 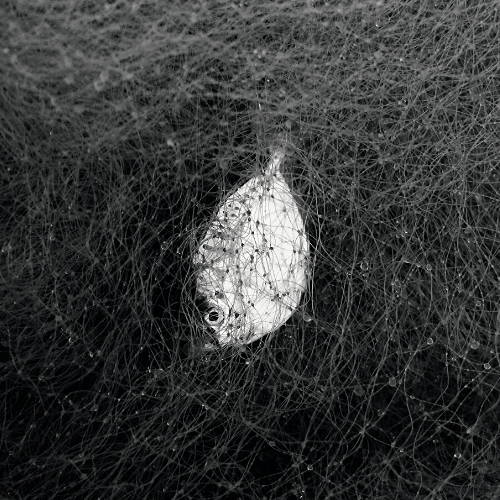