Noise Pollution in Our Oceans - Why We Should be Concerned

Noise Pollution in Our Oceans - Why We Should be Concerned

The ocean is one big orchestra of sound. 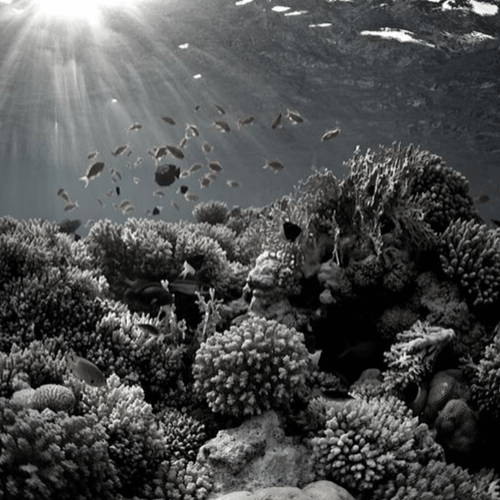 Below the waves, a myriad of whistle, chirps, groans, and bellows all interweave in a tapestry of sound that shows how vibrant life is underwater.

But with increased human activity in our oceans, we are upsetting the equilibrium of the soundscape.In the past 60 years, human-generated noise levels have doubled every decade. It’s bad enough that we’re dumping plastic into the ocean enough to cause its ecological collapse; we’re now adding noise pollution to the negative impact that human activity is bringing to the marine environment.

We’re all aware of how noise can be a source of pollution. Too much noise is bad for our health. And yet we don’t think twice about inflicting it on other organisms. Anthropogenic noise pollution is affecting a range of animals across a variety of habitats but it’s not highlighted often enough so people are not aware that it is a serious problem.

The United Nations, to its credit, was already aware of this problem as early as 2005. The UN Secretary General, in his speech to the General Assembly, mentioned anthropogenic underwater as one of the 10 “main current and foreseeable impacts on marine biodiversity” on the high seas. And yet progress on international regulation is slow and may not be achievable in the immediate term. Meanwhile, the oceans continue to become too noisy for its denizens.

But first things first, why is sound important in the ocean? 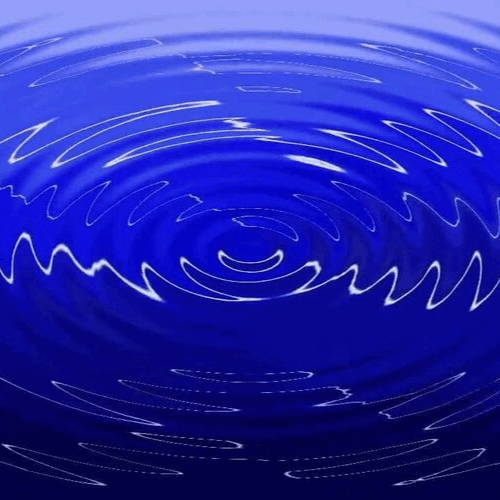 Like light, sound is basically a wave that travels through any medium. In space, however, since there is no medium, sound can’t travel and you can’t hear yourself scream in space.

The type of medium determines the speed of sound. On land, because air is a gaseous state of matter, sound travels at 350 meters per second. In the ocean, however, sound travels much faster—about five times faster—and longer because of the densely packed molecules which make up the water medium.

That’s why if you’re an underwater creature, hearing is a much more reliable sense than sight. Light can only travel a few hundred meters in the ocean before it is absorbed or scattered. And even if light is present consistently, sediments in the water can limit long range vision. It would be similar to looking through fog on land.

In order to survive in this environment, marine creatures have evolved a finely tuned sense of hearing. All over the oceans, one can come across examples of blind fishes and amphibians but no one has ever discovered a deaf marine animal. This goes to show how important hearing is if one is to live in the ocean.

Among marine mammals, sound is the way by which they navigate and communicate underwater. Whales and dolphins use sound to identify objects such as food, obstacles, and other pods. This method is called echolocation, whereby the mammal clicks at an object and is able to determine its size and location via the echoes. It’s their own version of a sonar and a much more efficient one than the mechanical ones that we have on ships.

Fishes and other marine invertebrates like shrimps, rely on sound for mating and protection. There’s an entire symphony of sounds ranging from clicks to grunts that they use to attract mating partners or ward off predators. Without sound, they won’t be able to reproduce or survive in the ocean environment. 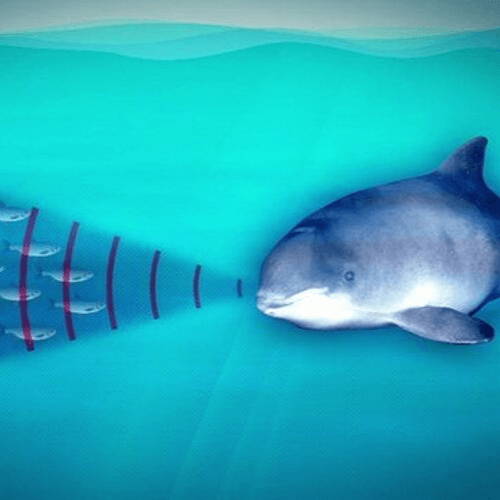 Video Credits: Made by the second year animation students (Braydon, James, Vicky, Ffion) from the University of Salford Manchester. They also have an Ocean Noise Pollution Campaign which you can check on their site.

Increased human activity underwater has however resulted in noise pollution which threatens to upset the natural acoustic background or what is known as ambient noise.

The noise generated by ships and by offshore industrial activities, like seismic exploration, oil drilling and production, have very high decibels which can prevent marine animals from hearing important sounds or cause them to alter their behavior. It can even cause physical injury when sustained at high frequencies.

Noise pollution can change how they communicate and because communication is an important aspect of survival, failure to do so would mean less chances of survival.

Among cetacean pods, noise pollution can change their behavioral response to normal underwater sound stimuli. These range from increased levels of stress, inability to recognize prey/predators, and even mass beaching. All these can contribute to a decline in population rates.

It can also cause hearing loss and physiological stress. Some studies show that swim bladders or the inner ear sensory hair cells of some fish can be damaged as a result of the sound generated by underwater explosions.

We can call for more attention toward this issue and advocate for international regulation of ocean noise. This means adhering to a set of international principles to reduce noise impacts while also working on mitigating measures.

As mentioned previously, the noise pollution comes from human-related activities in the ocean. The following are some of the sources of noise.

Ship engines and other similar machinery create a lot of underwater noise. The bubbles created by the ship’s propeller blade tips is one such example. Similarly, when the ship vessel travels at high speeds, the water flow past the ship’s hull also creates a noisy sound that is heard at broadband frequencies.

One major concern with this is that it masks biologically significant signals. Masking occurs when noise interferes with an animal’s ability to perceive (detect, interpret, and/or discriminate) a sound. It could also result to a diminished ability to find a mate, maintain social structure in its pod, or find food. Other potential effects of underwater noise associated with ship traffic includes drastic behavioural changes that are detrimental to their life support.

Sonar Use Among Ships

We’re all familiar with Sound Navigation and Ranging (SONAR) which is used to detect objects in the water and within the seafloor. What we don’t realize is that the variety of frequencies and waveforms generated by SONAR equipment can actually disable and even injure sea creatures. Marine mammals are able to hear on different levels of frequencies, therefore, increasing use of SONAR equipment affects them negatively.

There are already studies that show military sonar exercises may have contributed to mass strandings of sea mammals like beaked whales. While it isn’t conclusive, increasing sonar activity can still disrupt the natural ambient soundscape underwater.

Pile driving refers to the method of inserting piles made of wood, steel, or reinforced concrete into the seabed by using a hydraulic hammer to repeatedly strike the top of the pile, pushing it into the seafloor. These piles are needed when building large structures in shallow marine environments because they help support the infrastructure. Once installed, they extend from above the water surface to as much as several hundred feet below the seabed.

The problem with this is that the machine produces intense, broadband impulsive sounds that can propagate many kilometers. The percussive sounds are most likely painful and will impact the behavior of the sea creatures and fishes by confusing them or driving them into the surface.

Seismic airguns are used primarily to examine the layers of the seafloor to study Earth’s history or locate subsea oil and gas deposits. Airguns rapidly release compressed air, causing a bubble to be formed. Unfortunately, the formation of the bubble produces a loud sound that travels through the water to the ocean floor. This sound is loud enough to result to potential hearing loss, behavioral changes, and masking.

What Can We Do?

For starters, we can call for more attention toward this issue and advocate for international regulation of ocean noise. This means adhering to a set of international principles to reduce noise impacts while also working on mitigating measures. It also means going after the shipping industry and influencing to find ways how to lessen the negative impacts their ship traffic is bringing into the ocean.

The great thing about this issue is that unlike plastic pollution, which will require decades or even centuries to resolve, you just need to switch off the source and the noise pollution will immediately stop. In terms of manageability, we can do a much better job with solving this problem. And if we are able to solve this problem, that’s one less crisis to worry about our oceans.

Here at Wave Tribe, we support a lot of organizations doing great work to conserve and protect our marine wildlife from threats like this. If you want to help out by donating or by volunteering, check out our Heal the Oceans page.

And if you’re interested in our eco-friendly surfing gear and products, check out our site too.


Changes in the Ocean? Look at its Indicator Species
What El Nino means for Surfers and our Planet
Plastic Kills: The Deadly Six that’s Wiping Out Marine Wildlife

When Golf Balls In The Ocean Are Harming The Environment 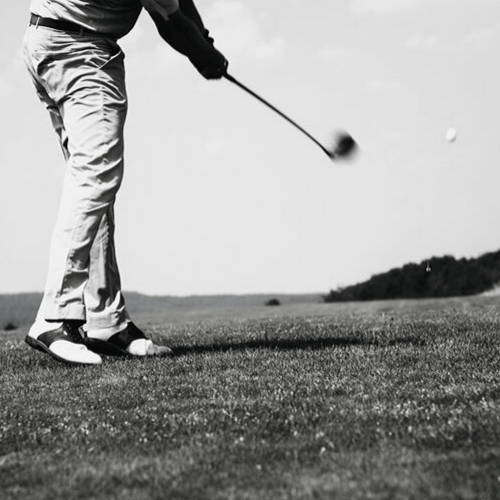