This odd looking fish is the most endangered marine creature in the world. 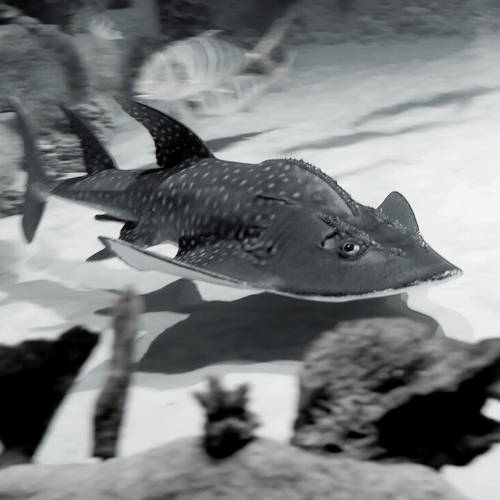 That's right. According to the latest update of The IUCN Red List of Threatened Species, this species and the family that it belongs to is at the brink of extinction.

Named for their unique wedgelike shape, this fish is closely related to sharks. Collectively known as Rhino Rays, this family has 16 species and includes the aptly-named wedgefish and the giant guitarfish. It’s now the most vulnerable marine families in the world. In fact, one of its species, the False Shark Ray (Rhynchorhina mauritaniensis) of Mauritania is very close to extinction, having suffered a population decline of more than 80% in the last 45 years.

Rhino Rays live in shallow tropical waters from the Indian and West Pacific oceans to the East Atlantic Ocean and the Mediterranean Sea. They particularly like sand seafloors, seagrass beds, and estuaries since they can lie in ambush covered in sand or seagrass, waiting for prey to pass by.

Totally harmless to people, they feed on bivalves, crustaceans, small fish, and squid. They have a particularly unique mode of catching prey wherein they use a suction method called "jumping jacks" when jumping out of the water.

Rhino Ray species like wedgefishes and guitarfishes fill the roles of both predator and prey in the coastal marine ecosystem. They consume second-order consumers such as fish, mollusks, and crustaceans while also becoming prey for large bird species and sea lions. 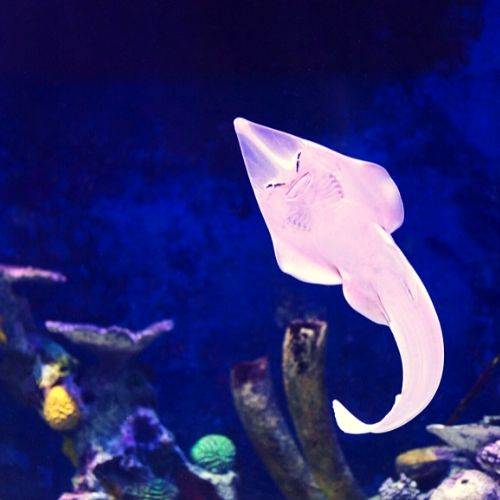 Rays in the Red

Unfortunately, because they are harmless, they are easy prey for people looking to harvest its meat for protein. Wedgefishes and giant guitarfishes all have ‘white’ fins, which are amongst the best quality and highest value in the fin trade. This makes them highly sought after in the international market. In fact, here in the US, shovelnose guitarfish are actively fished along the Pacific coast of Baja, California as well as within the Gulf of California.

But because wedgefishes and guitarfishes are slow growing and produce very few young when they mature, the population stock is not stable enough to withstand the widespread demand. As a result, it is being overfished.

The lack of regulation has driven down the rhino ray population drastically, by about 86% in just a period of 5 years.

And now that it’s being overfished to the brink of extinction, we stand to lose an important link in the coastal marine food web.

Even more alarming is the fact that the rhino ray situation is just the tip of the extinction iceberg.

This issue is a ticking time bomb. It’s not just because it’s a waste of wildlife but because it also negatively impacts us in the long-term. The ecosystem services that we depend on- clean air, healthy food, fresh water- are dependent on this biodiversity to keep it running. Each of these species is critical to keep our world livable. We can’t afford to lose even a single one of them.

For those of you who are not aware, the Red List of Threatened Species, produced and managed by the International Union for Conservation of Nature (IUCN), is the world’s most extensive catalog of the conservation status of living species.

The list is regularly updated that is why scientists, conservationists, and policy makers often refer to it as the ultimate guide to the status of species worldwide.

On the latest update, nearly 9,000 new species were added to the inventory which is considered a milestone. It has now broken through the 100,000 species barrier; having assessed some 105,732 species all over the world. This makes it the largest species assessment all over the world.

Unfortunately however, there is no good news to report.

Not one single species, on a list that was previously over 90,000 and now has reached over 100,000, has shown an improvement in status.

Instead, more and more vulnerable species have maintained their status or moved to the endangered category; in the case of the latest additions, most of these have been classified as near-threatened.

Even more striking is that even deep sea wildlife populations are now also vulnerable. A shocking 500 deep-sea bony fishes have now been added to the endangered list. Since they inhabit depths of more than 1,000 meters, they are now facing threats from deep-fishing activity and large scale underwater development like deep seabed mining and underwater gas and oil prospecting.

The report doesn’t mince its words when it summed up its findings that there is now a total of one million animal and plant species that are now near extinction. If there is no sufficient intervention, thousands of these would become extinct within decades.

This issue is a ticking time bomb. It’s not just because it’s a waste of wildlife but because it also negatively impacts us in the long-term. The ecosystem services that we depend on—clean air, healthy food, fresh water—are dependent on this biodiversity to keep it running. Each of these species is critical to keep our world livable. We can’t afford to lose even a single one of them.

That’s why we must take proactive, strategic, and deliberate actions to protect and defend the biodiversity that makes our planet such a thriving, beautiful, and wondrous place.

One simple way of doing this is by helping support conservation efforts. Here at Wave Tribe, we’ve put together a list of marine conservation projects and non-profits which deserve your support. The Heal the Oceans campaign encourages everyone to help by volunteering or donating to these organizations because every little bit of effort helps.

Another way to help stop this extinction level event indirectly is by shifting to a less waste lifestyle. Our dependence on fossil fuels has resulted in large scale amounts of greenhouse gases in the atmosphere which has, in turn, caused our climate to change drastically.

Climate change is a major driver in this impending worldwide species extinction. From marine heatwaves to ocean acidification, it has begun transforming the marine ecosystem in something that is hostile to the underwater wildlife.

If we begin reducing our environmental footprint by not using single-use plastics or changing our consumption patterns for the better, we can contribute towards making our world a little less warmer.

As surfers, we can also educate decision makers and citizens in our communities so that they become aware of potential long-term impacts to their local coastlines due to climate change and unregulated fishing.

We all have the responsibility to do whatever we can to address climate change. Big or small, our actions and choices can make a difference in the long run. Otherwise, wonderful, and weird sea creatures like the guitar and wedgefishes will be lost forever and humanity will suffer because of it.

Why Everyone Should Get On Board an Eco-Surf Vehicle
Changes in the Ocean? Look at its Indicator Species
Can Our Beaches Survive Climate Change 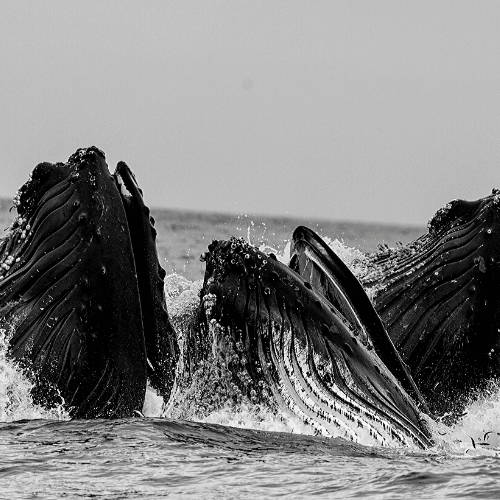