The ocean never ceases to amaze me. 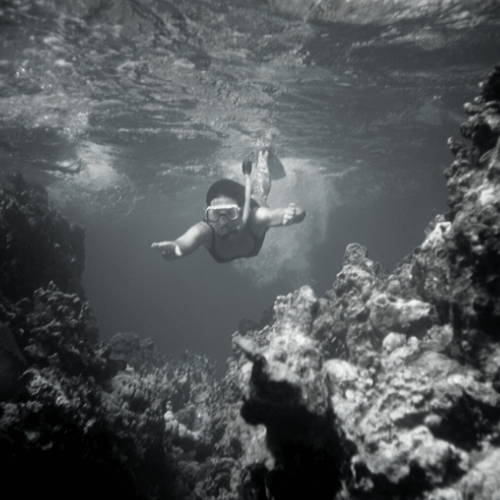 There is an abundance of biodiversity that makes the ocean such a dynamic and living portion of our planet. From the weird to the wonderful, big and small, these creatures constantly surprise me with their own beauty and importance.

This Yuletide Eve, let me introduce you to six of these wonderful creatures.

These creatures of the deep resemble Christmas ornaments. That’s right. While the rest of us only celebrate the festive season for only a few weeks, these creatures live and breathe Christmas all year round. That’s why the scientists who discovered them gave them yuletide nicknames. 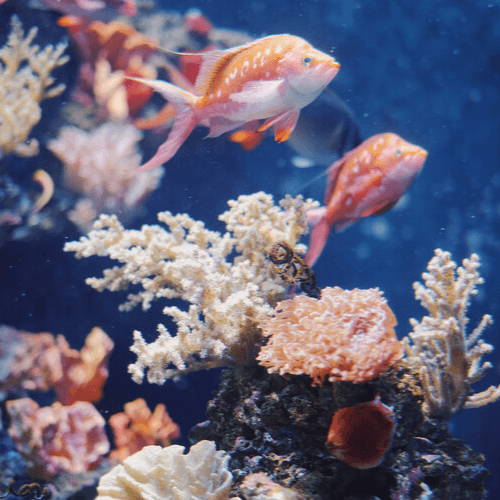 A very colorful marine worm, the Christmas Tree Worm has beautiful plumes that spiral to form a figure that resembles a fir tree. They come in festive colors of red, yellow, blue, and orange.

Unlike Christmas trees, however, they are found on coral reefs all year round. Their colonies form calcium carbonate tubes that they inhabit, living for up to 40 years. These tubes penetrate the corals, forming an underwater structure that resembles a forest of pine trees.

But more than their beautiful resemblance to our yuletide trees, these worms actually perform an essential function for coral reefs.

They protect the reefs from being devoured by crown-of-thorns starfish. They push away the predator’s tube feet, leaving living corallites intact around the worm’s tube orifice.

They also facilitate the fast recovery of living coral tissue whenever they are around during a coral bleaching event. They help prevent coral colony death. 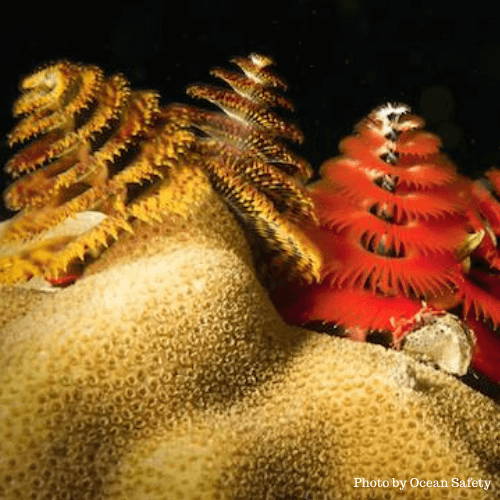 What’s in the name? These shells are called jingle shells because of the sound they make when they are strung together. This species is actually a common bivalve that’s found along shallow waters, beaches, oyster beds, and mollusk shells as far north as the coast of Nova Scotia and all the way down south to Brazil.

It’s a favorite material for beach jewelry or wind chimes. Fishermen have also been known to disperse jingle shells over oyster beds in a process known as “shelling” to create a habitat where oysters can settle.

They’re filter feeders, gathering food through their gills. Bivalves help make the quality of the ocean water good for other organisms. They are also one of the ocean’s helpers in capturing carbon since they require it to make calcium carbonate—the substance that forms their shells. 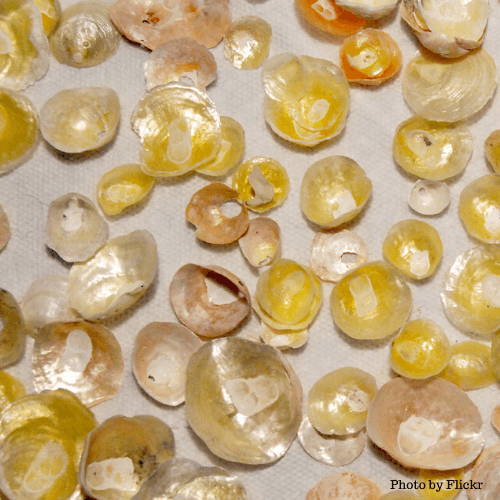 They’re not sweet like candy cane; they just look like one. Native to the Indian and Pacific Oceans, these shrimps have a mutualistic relationship with the Randall’s prawn goby fish, according to the Smithsonian Ocean Portal. These fish hover over the shrimp and protect it from predators, and in turn, the shrimp digs a protective burrow in the sand for these two critters.

Randall’s prawn goby are incredibly loyal to these shrimp with poor eyesight—even after the fish finds a mate, it will still inhabit the same burrow as the shrimp! 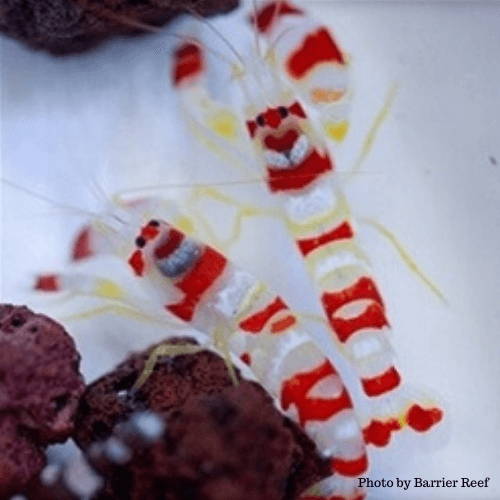 This awesome fish is very much sought after by aquarium collectors not only because it’s colorful but because it also glows in the dark.

Out in the wild, they’re nocturnal fish preferring to live under caves and rocks on the seafloor, only coming out at night to feed. One species, the Japanese pinecone fish, forms predatory schools near the bottom of deep waters to better hunt prey.

They’re also spiky. Not only do they have bony plates that are topped with spines, but they also have enlarged, lockable dorsal and pelvic fin spines. These spines will easily stick in the throat of any predator out for a bite.

The presence of two bioluminescent light organs (photophores) on either side of their chin suggests that they also use light to communicate. This light is produced with the aid of a symbiotic bacteria within the photophore and it is believed to help attract zooplankton which make up much of their diet. 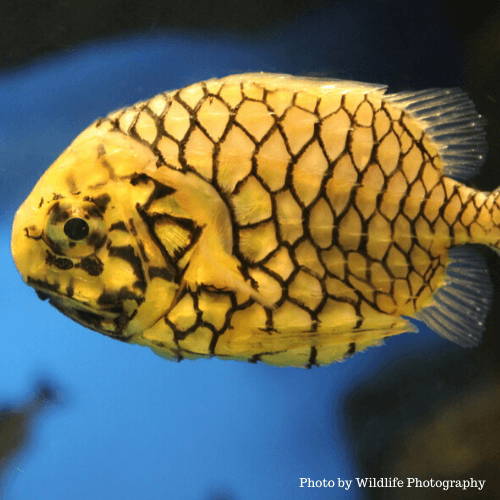 So this season, while we participate in holiday gift giving, let’s also think about how to give back to the ocean. Every bit helps. In a world where global warming is slowly changing our environment for the worse, we need to protect these critters. The Babe in the Manger would have it no less from us.

A Christmas will not be complete without its cute angel ornaments. Deep underwater, the ocean also has its own equivalent. Just don’t expect them to have the same angelic behaviors.

That’s because while they look like delicate sea angels, they’re actually not. They’re sea slugs that have lived in the ocean long enough that the “foot” that runs along the bottom of most gastropods has split and become the wings they use to flutter around the ocean.

They’re not easy to find because of their tiny size which is only about two inches long. They also live in the cold depths of the ocean where they lie in wait for tiny sea snails. They ambush these snails using their special proboscis to violently pry them out of their shells so they can eat them. 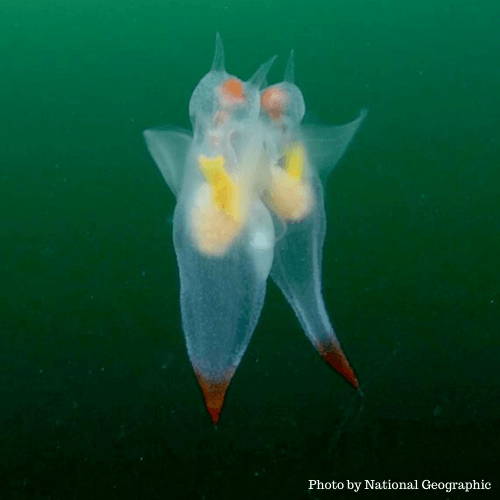 This moray eel, named after its markings that resemble a delicate snowflake, is actually one of the less aggressive species of moray eels underwater. It has white, black, and yellow splotches all over the skin, which come together to look like snowflake designs. They also tend to have faces that appear to be “smiling” and eyes that are rimmed in gold, giving them a visually stunning appearance.

Even then, they’re far from delicate. They’ve evolved with two sets of jaws which make them efficient predators. Once they’ve grabbed their prey with their main pair of jaws, a second set of jaws shoot up from their throat and drag the prey down to the esophagus. It’s like a scene from a horror creature movie! 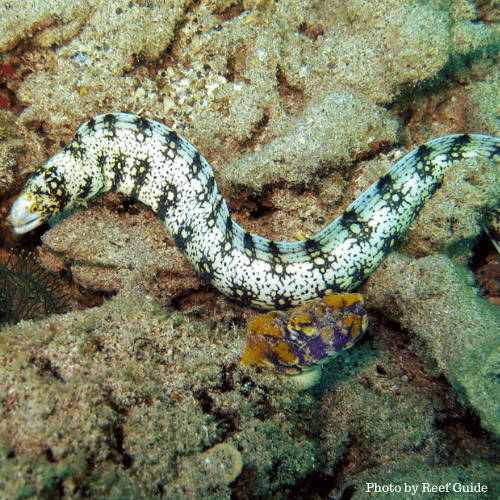 Though not an organism but a phenomenon, I’ve included it here just because it wouldn't be a complete underwater winter wonderland without some snow.

Marine snow is essentially fish poop with decaying plant and animal matter that falls slowly to the seabed.

It’s called snow because it looks a little bit like white fluffy bits. As they sink down, these snowflakes grow—some increasing several centimeters in diameter. Because the ocean is large and deep, some flakes fall for several weeks before finally reaching the ocean floor.

Marine snow is one of the many ways that the ocean captures and stores carbon. When NOAA scientists measured the amount of usable material in the snow they scraped from the seafloor, they found out that there is plenty of carbon and nitrogen in the snowflakes that can feed bottom-dwelling scavengers. This is why marine snow is also an important part of the marine deep-sea food web. 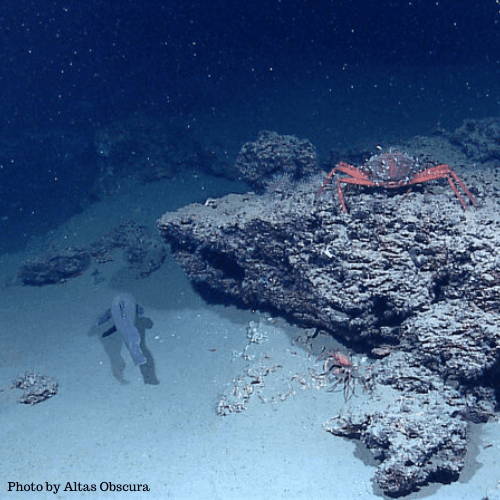 So there you have it—seven wonderful holiday reminders from the ocean. Not only do they amaze us with their beautiful colors but they also have an important function in the ocean. But they can’t do all the heavy work. We also need to do our part to Heal the Oceans.

So this season, while we participate in holiday gift giving, let’s also think about how to give back to the ocean. Every bit helps. In a world where global warming is slowly changing our environment for the worse, we need to protect these critters. The Babe in the Manger would have it no less from us.


The Great Barrier Reef is Dying and Why We Should be Alarmed
Changes in the Ocean? Look at its Indicator Species
The Ultimate Guide on How To Lower My Carbon Footprint - Surfer's Edition 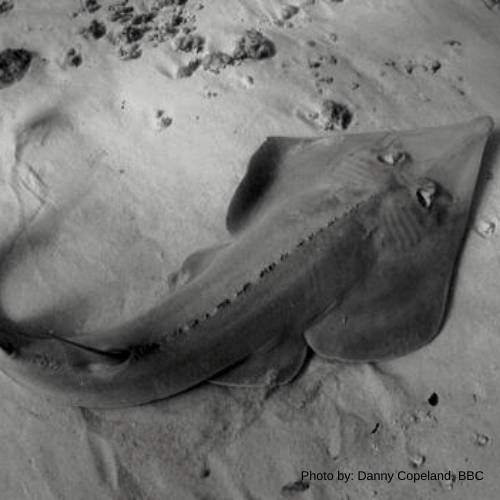