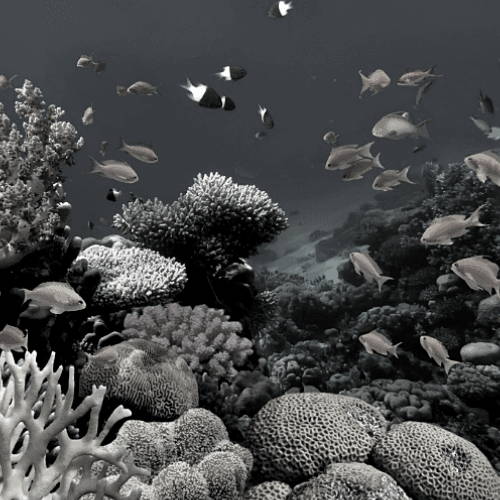 It’s a day to demonstrate your support for environmental protection, which is needed now, more than ever, in the face of the challenges that our planet is facing.

Scientists and experts have been sounding the alarm for quite a long time now: we are now currently living in a time where widespread species extinctions are occurring on a daily basis. According to them, the normal rate is somewhere between one and five species becoming extinct annually. But right now, we are losing them at 1,000 to 10,000 times the normal rate.

That includes our other bros whom we share the oceans with. Our dependence on plastic has resulted in the deaths of thousands of marine wildlife. Some 100,000 marine creatures are found dead from plastic entanglement each year. Meanwhile, a million sea birds also die from plastic annually. And at least two thirds of the world’s fish stocks are suffering from plastic ingestion.

These statistics paint a very bleak scenario not only for this generation but for the next. That’s why as this year’s Earth Day celebration focuses on the theme of species protection, Wave Tribe joins its global campaign to raise awareness about the ongoing wildlife extinction and how it can impact our planet’s very survival.

That’s why in this week’s blog post, we’re featuring our other bros which we share the oceans with. Species extinction does not only occur on land but also on water. And these creatures have suffered the most because of our race’s recklessness. Here are the top ten endangered marine creatures in our oceans today.

If we all work together now to raise awareness and build a united movement of consumers and eco-activists, we can make concrete actions to help stop the decline and extinction of these wonderful creatures we share our world with.

The vaquita, which the World Wildlife Fund calls the world’s most rare marine mammal is on the brink of extinction. With only 30 living individuals documented, the vaquita species is presently struggling for its life.

Found only in the Northern Gulf of California, this porpoise is very shy and easily stressed out by captivity which is why wildlife conservationists have been so far unsuccessful in its attempts to breed it in captivity.

Throughout the years since its discovery in 1958, the vaquita population has been sharply declining. Entanglement from fishing nets have caused vaquitas to drown. Gillnet fishing, which is used primarily in the Gulf for catching shrimp and other fish, is the main culprit. 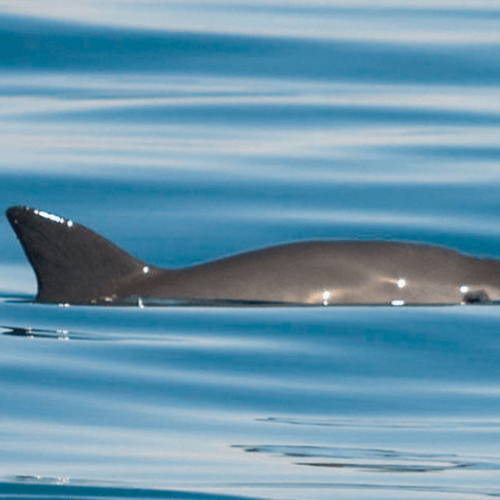 Endemic to Hawaii, this solitary species is known for the folds on its neck that resemble a monk’s cowl.

There are only 1,400 Hawaiian monk seals left in the world. The decline in their population is due to entanglement in drifting fishing gear, food scarcity and disease.

Changes in their habitat is also a primary factor affecting their population decline. As sea levels rise due to climate change and coasts are redeveloped by urbanization, the beaches needed by monk seals for rest and pupping are vanishing. Additionally, the water run-off from the cities also brings high levels of bacteria that infects monk seals with terminal diseases. 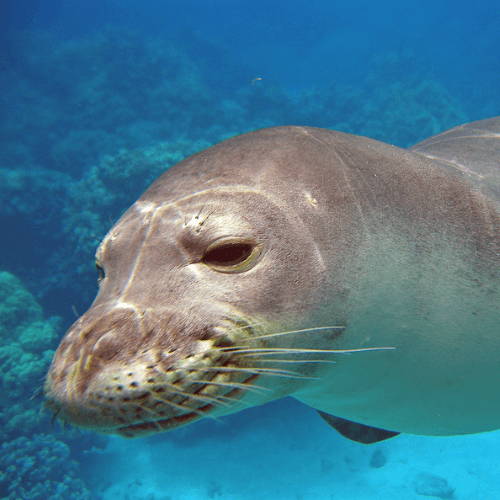 Dolphins are a surfer’s best friend and yet their species is also among the sea mammals most affected by human interaction and ocean pollution.

Maui’s Dolphin is a subspecies of Hector’s Dolphin, one of the smallest and rarest dolphins in the world. Found only in New Zealand, the species is estimated to have a population of only 63 in the wild.

Once hunted for bait, these dolphins are now threatened by entanglements in gillnets and chemical pollution in the ocean. Toxic chemicals like PCBs, DDT and dioxins, affect their reproductive systems,reducing their chances of normal population growth. 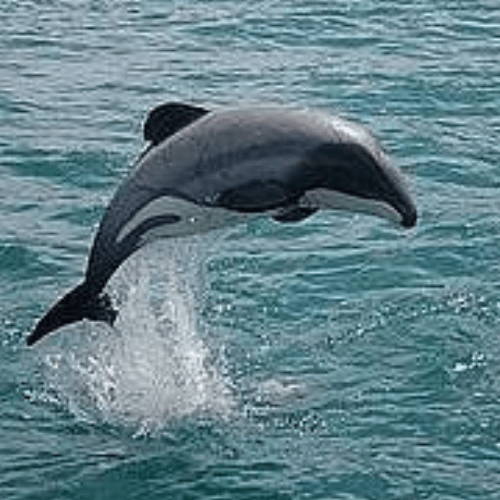 Named after the man who discovered its species, Kemp Ridley’s Sea Turtle is the smallest of the eight species of turtles. It’s also one of the rarest and the most endangered with only 1,000-10,000 nesting females in the wild.

Found in the Gulf of Mexico and the Atlantic Ocean, it’s the only sea turtle that routinely rests in the daytime. During nesting season, the entire population comes ashore to nest but due to a severe decline in population, this massive aggregation of nesting turtles called arribadas, are now no longer seen.

The greatest threat to their existence is from harvesting by humans, including the collection of eggs and the killing of juveniles for meat and other products. The loss of nesting beaches due to tourism and coastal development are also critical reasons for their decline.

But plastic pollution also takes its own share of turtle deaths. At open sea, floating plastic is often mistaken for food by turtles causing them to die by plastic ingestion. It doesn’t even take much plastic to kill them; swallowing one piece of plastic has a 22 percent chance of killing them, 14 pieces more gives them a 50% mortality rate, while swallowing 200 pieces guarantees them instant death. 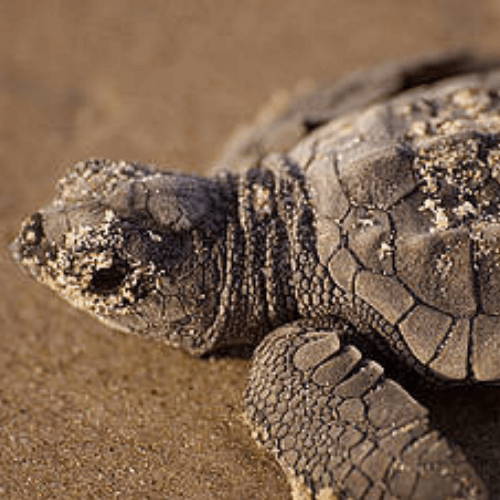 Overfished to near extinction, experts estimate that there will be only 500 mature tuna left in a century if conservation efforts are not undertaken to save the species.

Built like a torpedo, they swim easily and quickly through the water, without much drag. They can grow to 220 cm and weigh 200 kgs, making them giants among deep sea fishes.

Its meat is very prized among the sashimi markets in Japan. But because of overfishing, there are fewer spawning adults to ensure a viable and steady population.

It remains to be seen if current international efforts to manage its fishing and conservation will be successful enough to arrest the rapid decline of its population. 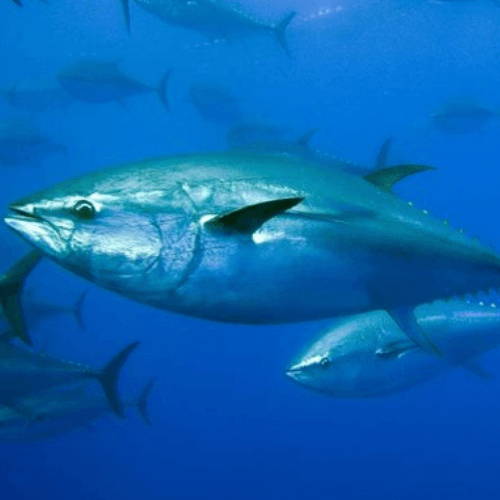 Known for its colorful shells, this species has powerful jaws and a distinctive raptor-like beak which allows it to get food from the crevices of coral reefs. Once hunted for its tortoise shell which is in demand for trinkets, jewelry and other ornaments, hawksbill turtles are now protected worldwide with the trade of their tortoise shell outlawed. Despite this, their species population has yet to recover with only 15,000 nesting females in the wild.

Hawksbills are omnivorous; they can eat anything, even poisonous sponges. Their body fat absorbs the toxins without making them ill. This particular trait,however, is useless against the scourge of plastic pollution.

Next to hunting, plastic ingestion and entanglement are responsible for the deaths of marine turtles. It is estimated that at least 1,000 turtles die from these causes each year but the actual number maybe larger. 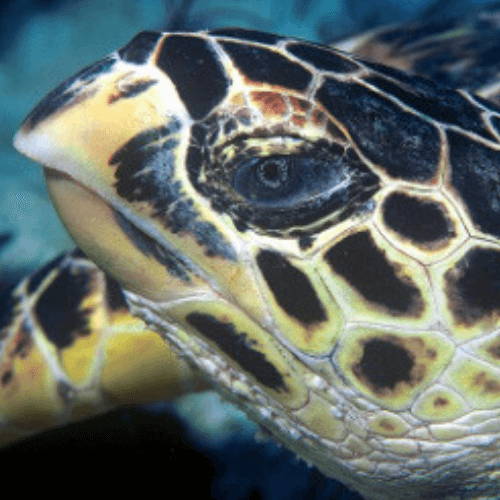 All five species of sawfish worldwide are listed as endangered or critically endangered. Out of the group of fishes that include rays, sharks and skates, sawfishes are the most at risk of extinction.

Sawfishes are a family of rays with a distinctive saw-like snout. This snout, however, is the reason why it often gets entangled in fishing nets. Death by entanglement in gill nets and fish trawlers is the primary reason why this species is in massive population decline.

Habitat loss is also another critical reason. Sawfishes live in coastal and riverine habitats. However, since these areas are mostly being developed, they lose their feeding and nursery grounds. Another factor is their slow reproduction rate. This makes it difficult to sustain a viable population. 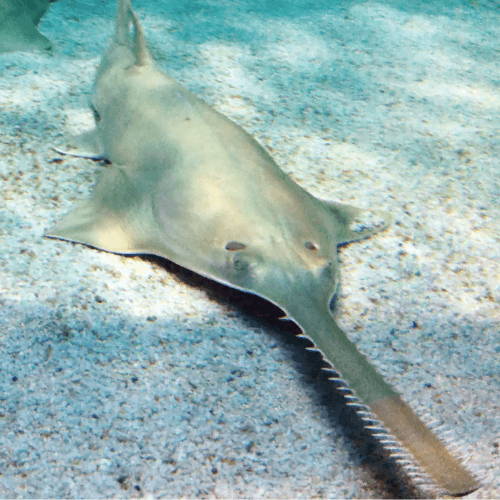 Despite being one of the world’s fastest whales, sei whales couldn’t outrun whalers, its most persistent predator.

In the late 20th century, commercial whalers begun to hunt sei whales after they had exhausted the mature populations of the blue and fin whales. As a result, a once robust population now sharply declined.

Today, while commercial whaling is no longer done, new threats are continually plaguing the whale species.

Plastic ghost fishing gear continue to entangle whales, and commercial ships continue to strike migrating whales. This is why even with the banning of commercial whaling, local populations are still at low levels.

As of 2006, the worldwide population of the Sei Whale was about 54,000, about a fifth of its pre-whaling population. 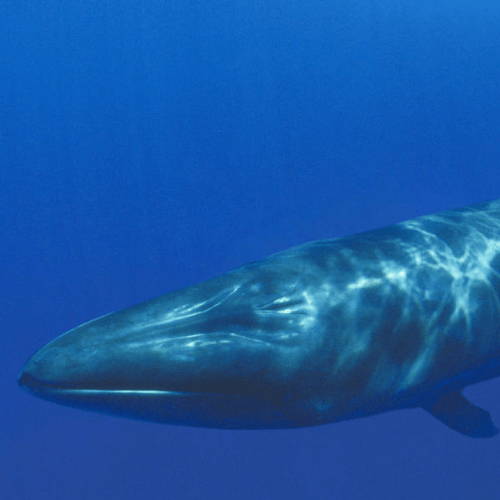 With their distinctive white color and prominent foreheads, belugas are one of the most familiar and sociable whales known to man.

It lives in the Arctic seas, although it is known to range into sub-arctic waters, as well. This species is particularly unique for its vocalization. It is the only known whale species that “sings” above water; its clicks and whistles are often heard by sailors passing beluga pods.

There are now only 231 mature individuals in the wild. Climate change and chemical pollution are making drastic changes to their Arctic ecosystem. This in turn is causing a negative impact on their heath and feeding habits. The increasing noise underwater caused by heightened ship traffic and undersea oil and gas explorations also causes damage to the whale’s sensitive hearing, making them unable to navigate or communicate with their pods. 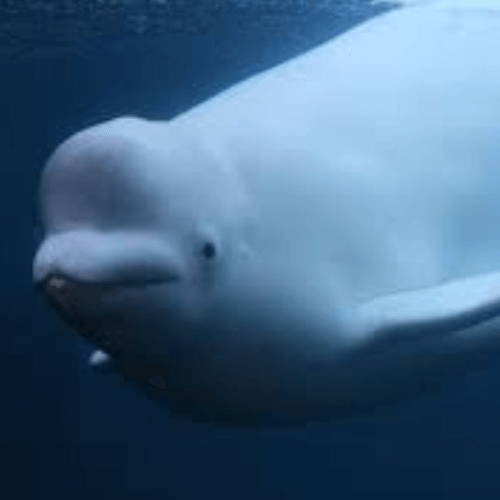 One of the world’s most endangered whales, the North Atlantic Right Whale was almost hunted into extinction at the height of the whaling industry. Today, a century after, the population still shows no sign of recovering.

It is one of the largest species of marine mammals and yet it is not predatory. They are filter-feeders, feeding on small crustaceans, like krill and other zooplankton.

There are now only an estimated 450 individuals remaining. While they are no longer being hunted, new threats have continued to endanger their population. Entanglement by fishing gear, vessel strikes and underwater noise pollution have caused a lot of deaths among the remaining right whale population that experts are predicting that the species may become functionally extinct by 2040 if conservation efforts aren’t ramped up. 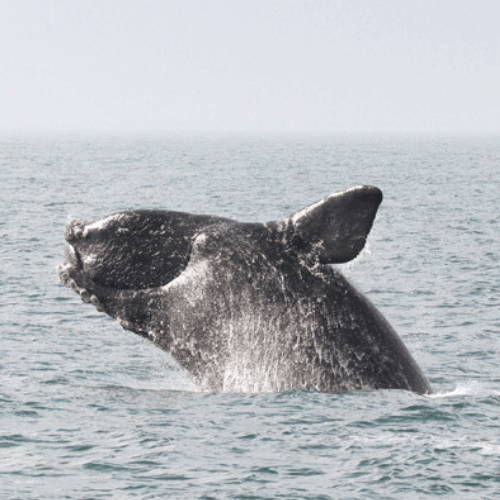 This is what fuels us in our drive to develop more eco-surfing gear. From developing organic board wax to producing hemp-based surfboard travel bags, we’re determined to make surfing safe for theocean and its denizens. Surfing need not be a toxic sport; we can all co-exist in the ocean.

This Earth Day, we continue on with this mission because we are an optimistic lot of surfers. If we all work together now to raise awareness and build a united movement of consumers and eco-activists, we can make concrete actions to help stop the decline and extinction of these wonderful creatures we share our world with.

For eco-friendly and stylish surfing gear, check us out.

Changes in the Ocean? Look at its Indicator Species
Plastic Kills: The Deadly Six that’s Wiping Out Marine Wildlife
The Great Barrier Reef is Dying and Why We Should be Alarmed

Why Beach Clean-Ups are Important 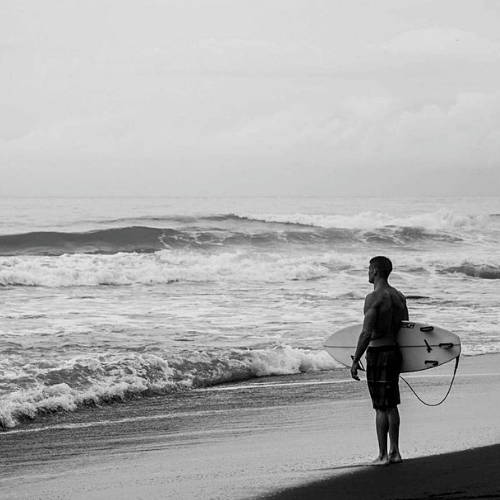 The Ocean is for the Children of the Spectrum: When Surfing and Autism Align

Surfing therapy not only works for veterans to treat their PTSD but it is can also be used for children in the spectrum. Children with developmental issues suffer from difficulties in social interaction, behavior, speech, and language. But when autistic children are in surfing therapy, they actually improve. Read the article to know more.
Read more

Why the Ocean's Blue Carbon Ecosystems are Important

In all my years of surfing, there have been many lessons that I have learned courtesy of the ocean. One of them is resilience. Similarly, the ocean is also resilient. One key attribute of its resiliency is the ocean’s blue carbon ecosystems. We list the reasons why they are important.
Read more

Why Oceans Are Important: Everything You Need To Know

You can’t be a life-long surfer without becoming a passionate environmentalist. Beyond the stoke and the adrenaline rush, surfing brings you in contact with a lot of urgent issues in the ocean that needs to be addressed. Because oceans are far too important to our race and our planet’s survival to be ignored.
Read more