What is the Goal of Wildlife Conservation?

Amazing Places to Surf in France
November 04, 2022
The Only Guide to Surfing in Mexico You’ll Ever Need
April 19, 2022
Surfing Northern Baja California
April 05, 2022
Surfboard Airline Fees 2022 | Get The Facts About Surfboard Fees
January 18, 2022
Surfing Cabo Baja Mexico
January 15, 2022
Surfing Pavones Costa Rica The Longest Left In The World
January 01, 2022
What Does Thanksgiving Around The World Look Like?
November 21, 2021
Vegan-Friendly Surfing Destinations
September 26, 2021
Surfing in the Philippines: The Pearl of the Orient Seas
February 14, 2021
Safest Countries to Visit in 2021 for a Surf Trip
February 01, 2021

What is the Goal of Wildlife Conservation?

There are massive threats to wildlife and humans are responsible in taking action to stop these. 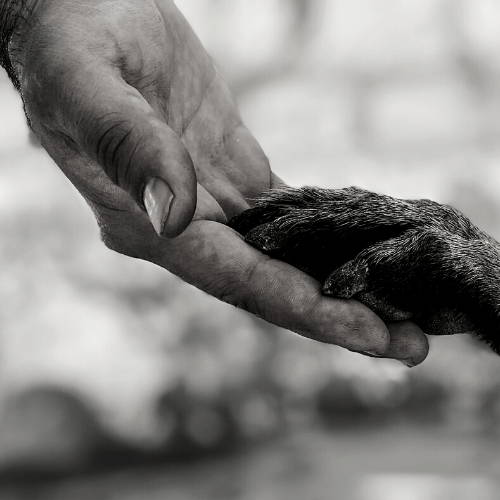 Wildlife conservation is a responsibility that must be fulfilled by all humans.

How many times in your life have you heard ‘wildlife conservation'? Probably a more significant number than you know. You have heard it so often that you consider this a common topic repeatedly in books and discussions. With that being said, how many times have you done something right in carrying out its principle? Others can count on one hand’s fingers, and others do not remember when was the last time or uncertain if it ever happened.

Let me remind you this again: Many wild animals and a host of plants worldwide are going into extinction. If we do not act urgently to change the situation and make it better for them, things may go horribly and get out of hand. What we need to do is to be more compassionate towards various forms of species. Sometimes, what we do that we think is harmless can impose danger on animals in a real sense—for instance, collecting seashells. By only harvesting them, we take away tiny animals’ homes that serve as their protection from predators.

Here's what you can find in this article: 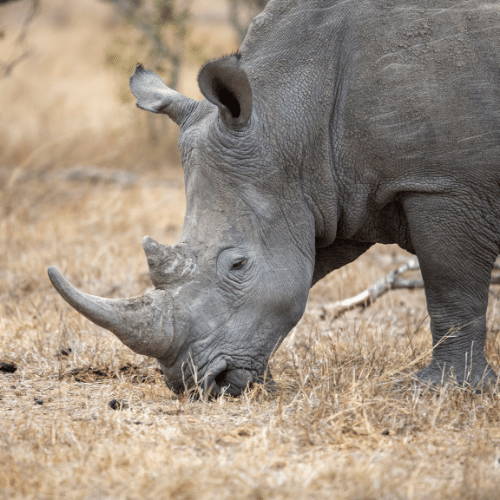 Many wild animals are going extinct, a situation telling us to take an action.

Wildlife conservation is not just a mere theory that we keep on hearing in discussions. We must demonstrate all its principles with the knowledge of its impact to our planet.

Climate change is the catch-all term for the shift in worldwide weather phenomena associated with increasing global average temperatures. There is nothing good about climate change as it affects animals in specific unpleasant ways. They have to adapt to the changing climate, which has made their habitats less comfortable. If these animals cannot migrate to areas with a more favorable environment, it makes it much more likely that they will become extinct.

Climate change is a threat that makes animals' habitat inhabitable.

News and articles have been highlighting this issue since then. Plastics are floating on our oceans and threatening the lives of sea animals. Whales, dolphins, seals, and many others die and go extinct because of this environmental concern. These plastics contain toxic chemicals, and marine animals often eat them due to their small size. After ingesting, they suffer for as long as months or even years before they die. World Economic Forum sees that by 2050 there will be more plastic than fish in the world's oceans. 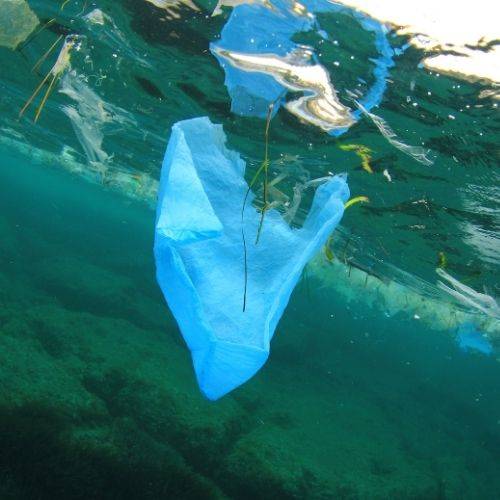 Plastics are killing our marine wildlife.

According to recent estimates, the world is losing 137 species of plants, animals, and insects every day to deforestation. A horrifying 50,000 species become extinct each year. Deforestation destroys habitats and forests, making it difficult for animals to survive. The forests that humans are destroying are a source of food and shelter for wild animals. Once these become inhabitable, they can die from starvation and won’t survive long to reproduce. Not to mention they can be at risk of being hunted down, which also causes their extinction. 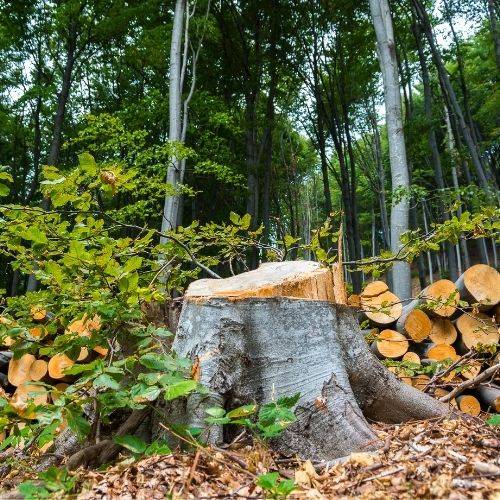 Deforestation is an act of destroying wild animals' habitats which causes their extinction.

Overfishing can have adverse effects on the entire ecosystem. It can affect the reproduction rate and can alter the size of the fish. When many fish are caught from the oceans, the whole food web will break down due to imbalance. This results in the loss of marine animals such as corals and sea turtles. Moreover, certain fishing gear types can inflict severe physical damage to seagrass beds, coral reefs, and other aquatic habitats. 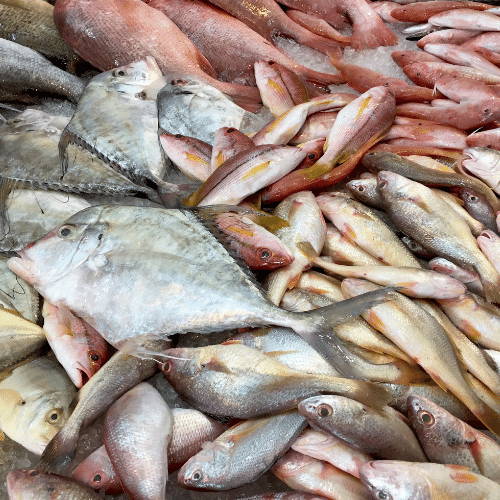 Overfishing causes food web to break down because of imbalance.

Three Most Important Ways You Can Protect Wildlife

Now that we’ve come to know the threats that decrease wildlife’s survival capability, you might want to rethink certain activities that contribute to animals’ risk and other species extinction. We can change our ways little by little, and when we do it together, it still can make a difference. Here are a few ways you can do to protect our planet’s wildlife.

Learn about endangered species and speak up.

It’s a good thing that we all had Science as our subject in school, and endangered species had been tackled and learned. But we shouldn’t have ended there. We need to willingly dive deeper to update ourselves on the condition of our planet’s wildlife and take action in protecting them. Once we’ve done that, we should say a lot more about them to our friends and family, so they will be aware of what’s happening.

Strengthen your passion and be a voice for endangered species. They could not speak and tell us that enough is enough. But you know that they have a heart beating and their lives are nothing less than ours. Your voice matters and can make an impact in preventing these plants and animals from extinction. Be a part of campaigns and organizations, organize nonviolent protests, or voice out on platforms where you can reach the public.

Conserve and protect their habitat.

Wild animals are dependent on their habitat. It’s the place where they live, where they isolate themselves from predators to protect themselves, where they reproduce, and where they eat for survival. Their habitat is their life. Without it, surviving for a long time is almost impossible.

Do you also remember the bushfires that ignited in Australia and the rainforest fires in the Amazon region? These occurrences lasted for days. It had been hell for the animals that lost their habitat. Billions of animals were wiped out, and many went extinct. When the large waves of fire ceased, the ones that survived emerged in a pitiful condition that would break your heart; wild animals lost their fur; their skin was burnt; koalas were thirsty and looking for food. When they have no means to support themselves, it’s easier to go into extinction.

There’s also an amazing company called Wild Habitat, which features brands intending to fight for animal rights and protect the wild habitats, and Wave Tribe is one of the luckiest chosen brands to be part of their mission. Listen to the podcast interview with the founders to learn more about Wild Habitat and its mission. Be curious and include yourself in performing its objectives that help the planet’s wildlife.

Cutting down trees is another environmental problem that I believe all humans can address, even children. The research says 15.3 billion trees are chopped down every year. It also estimates that 46% of the world's trees have been cleared over the past 12,000 years. That is a massive amount of habitat and lives that have been lost. Trees are called the lungs of the Earth because they absorb pollutants through their leaves, and we’re cutting them down.

Do yourself, the future generation, and the wildlife a favor by starting to plant trees. Act nobly by allowing yourself to have time for building a new habitat as a replacement for one of those that were cut down. Planting trees is essential for wildlife conservation. So, try to encourage more people and children to plant as many trees as possible. Make them understand that they can give every animal a chance to live comfortably and survive through planting trees.

Why Wildlife Conservation is Important

Conserving wildlife can mean preserving the heritage and traditional culture. There are countries or places known for their flora and fauna in connection to the culture and livelihood, which means that neglecting to conserve and protect wildlife will result in the loss of their native heritage. For example, lions, gorillas, elephants, hippos, rhinos are associated with Africa Safaris. Another example is that in Thailand, elephants are considered to be important culturally.

Are you fond of pandas that you are wishing to visit China to see them eating bamboo? How about koalas and kangaroos that you are considering Australia to be on your list? Most people opt to visit a particular country over others due to the country’s fauna and flora. Countries with the most considerable portion of wild animals are known to attract a more significant number of tourists. 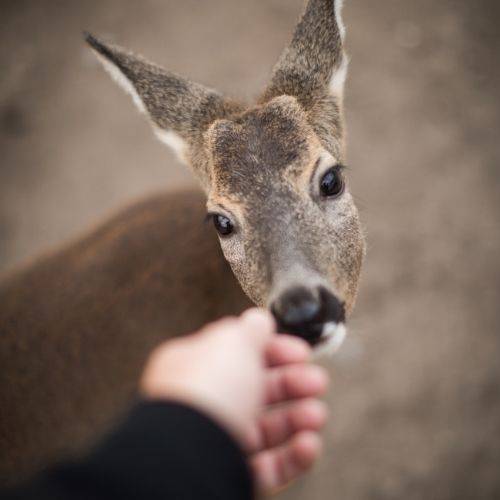 Let's conserve wildlife and the kindness that we give will be returned.

One essential learning experience for children is studying wildlife. Allowing children to watch animals helps their growth and develop their imagination. No wonder that one of the destinations during a school field trip is a zoo. Taking children to the zoo is a part of the educational system to make them understand that humans are not the only species who are living and need sources of food and habitat. In this way, they can grow up being familiar with wildlife and animals.

So, what is the goal of wildlife conservation? As mentioned earlier, it is to prevent and stop the threats that are happening and ensure that wildlife remains for years to come. We are set here not only to survive but also to connect with the environment and our wildlife. Humans, the wild animals in the forests, and those swimming in the oceans are interconnected, and we need each other for survival. Wildlife conservation is therefore not only beneficial to the animals but also to humans.

Here at Wave Tribe, we want to voice every vulnerable species that need our utmost help and promote usage reduction of plastics that litter our oceans. That is why we have our Heal the Oceans campaign. We highly suggest using our eco-friendly surfing products to minimize the harm being brought to marine animals for the surfers who care for the wildlife and environment. Start today in protecting and conserving our planet’s wildlife in your own ways.

Ultimate Guide To The Top 10 Endangered Marine Creatures
Some Facts About Sea Snakes: What to Do When You See One While Surfing
Five Important Reasons Why We Shouldn't Hunt Whales 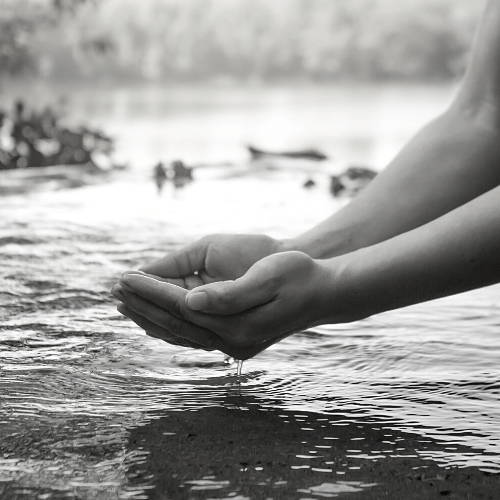