It’s the bane of our plastic-driven, social media-fixated society. There’s too much assumption being thrown around that the real facts are driven underground.

For years, hemp has suffered a bad rep. But centuries ago, hemp was valued by civilizations because of its usefulness.

The earliest use for hemp was discovered in the ruins of Mesopotamia, located in what is known as Iran and Iraq today. It was the oldest instance of hemp used as textile-carbon dated to 8,000 BC-which is pretty much solid evidence that hemp will probably outlive us all.

But it was the Chinese civilization that took the ball and ran with it. They used hemp for a variety of industrial and medical applications like the invention of paper and as anesthetic. It was also later used for warfare, since hemp made for better bow strings.

In the Middle Ages, hemp grew to be such an important crop because it supported the feudal economy. Because hemp was three times stronger than cotton and saltwater resistant, there was a large demand from the shipping industry which used it as a material for their sails and ropes. In fact, the word canvas came from the Greek word for hemp, kannabis.

Centuries after, when the Puritans reached America to establish the Plymouth colony, they found wide tracts of hemp flourishing on Plymouth Rock. Hemp helped them jumpstart the colony since it provided them an additional resource to be used for a variety of purposes.

It was only during the 1900’s when it was associated with marijuana, that hemp’s reputation went on a downslide. According to Hemp Helps ,the hemp became the victim of a propaganda campaign conducted by corporate interests who saw hemp as a threat to the emerging synthetic textile and wood paper industries.

But was the paranoia against hemp justified?

While hemp comes from the Cannabis genus, it is NOT marijuana. Both are different varieties of the Cannabis sativa species.

The determining factor is the concentration of Tetrahydrocannabinol (THC) in both plants. THC is the chemical compound which is responsible for making a person stoned high. In hemp, the THC concentrations are so low that no stoner would even touch it for smoking. In marijuana, however, there is a significant amount to induce psychological effects in the smoker.

As it happened, someone somewhere, a long time ago, had the crazy idea to selectively breed the Indian hemp to produce a variety which had increased concentration of THC. This variety was nurtured and passed down, like a guilty pleasurable secret, to become what we now know as marijuana.

These days, the name industrial hemp is used to distinguish itself from marijuana. This new respectability is a result of widespread recognition that industrial hemp is not as cracked up as it was supposed to be. In fact, there are now about 30 countries which grow hemp to be used for a variety of industrial purposes.

Oh, and by the way, there is another plant that is often confused as part of the Cannabis family. The so-called Manila hemp is not actually hemp; it is sourced from Musa textilis, a member of the banana family. It was once used mainly as a rope and, in fact, competed with hemp rope for use in sailing ships in the 16th century. 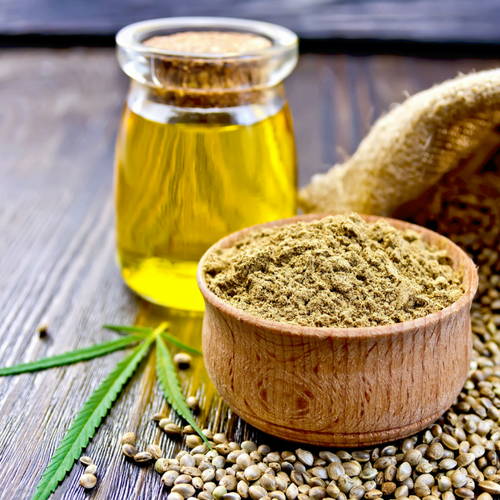 According to the U.S. Dept. of Agriculture, one acre of hemp can produce 4 times more paper than one acre of trees. It takes nearly a lifetime in order to harvest a tree for wood, but if the paper industry shifts to hemp, four months is all that is needed before it can be harvested.

Here in America, hemp is enjoying an increase in production as more and more states approved legislation to allow it to be grown and produced as an agricultural product.

This is very good news because hemp is a wonder crop and let me tell you why:

● It’s a superfood – In India, people use hemp seeds to increase the nutritional value of their vegetable dishes. Its protein content is high in globulins that enhance the immune system. It also contains healthy oils, particularly vegetarian omega-3 fatty acids. It can be made into butter, oil, or even milk; in fact, hemp milk is a good milk substitute for the lactose intolerant.

● It’s anti-pollutant - It’s so resilient that it's being used to clean up toxins from groundwater and soil. At the site of the Chernobyl nuclear accident in Ukraine, fields of hemp were planted because they can harmlessly absorb the dangerous toxins and metals from the surroundings.

● It can save our forests – Hemp was the original paper in ancient times. Think of the forests that we can save if we used hemp to produce paper. According to the U.S. Dept. of Agriculture, one acre of hemp can produce 4 times more paper than one acre of trees.It takes nearly a lifetime in order to harvest a tree for wood, but if the paper industry shifts to hemp, four months is all that is needed before it can be harvested.

● It’s an efficient biofuel – Hemp showed great promise as a raw material for producing biodiesel. It had a high efficiency of conversion, meaning that at least 97 percent of hemp oil was converted into biofuel. And because it grows on poor soil, it does not need compete with other food crops for valuable farm lands.

● It’s a good alternative to plastic– Remember when Henry Ford built a car made out of hemp and soy plastic in the 1940s? These days, more and more manufacturers are embracing hemp composites to be used as material for various car parts. They are equally tough as plastic and safer for the environment.

● It’s a durable textile fiber – Even before cotton ushered in a whole new era for the textile industry, hemp was always the fiber of choice. It takes dye easily and can retain color well. It resists mold and mildew and very durable. It also grows softer the more it's washed and worn. It's also not as cost-intensive as cotton production.

In fact, I used to run a hemp-based clothing business. It was my first foray into doing business that made ecological sense. The clothes were made of 50% hemp and 50% cotton, all of which were sourced organically.

When I sold off the business, the idea of hemp remained with me. So when my buddies and I thought of establishing Wave Tribe, we immediately zeroed in on the versatility of hemp as a material to use for our world-class surfing board bags.

When I first came up with the idea to use hemp in surf products I knew that it would be an uphill battle. My main motivation was to find an alternative to plastic and nylon—though I knew it would be an ideological battle considering the bad reputation marijuana has had in our culture.

However, let’s be honest, many of the people in the hemp industry are very close to marijuana culture—that was never an attraction for me, I was, and still am, attracted to the ecological benefits the fabric embodies.

Don’t get me wrong, I feel that the recent changes in the laws and legislation around marijuana are a good thing—personal freedom is one of my core values and no governmental authority has the right to tell me what I can and cannot put in my body.

If you want to get high and eat cookies all day—that’s your right man, but you can’t do it with a hemp bar. LOL.

Will hemp be the future of eco-based outerwear?

One of my favorite sayings is “the future is now”—a way to think about that statement is that what we do now creates the future.

Hemp won’t solve all our problems, but it is a step in the right direction and it’s one we have been stepping since 2017 when Wave Tribe began in California.

Take a step with us. Let’s surf the oceans responsibly and with care for the environment.

Why Being a Vegetarian Can Help Save the Environment 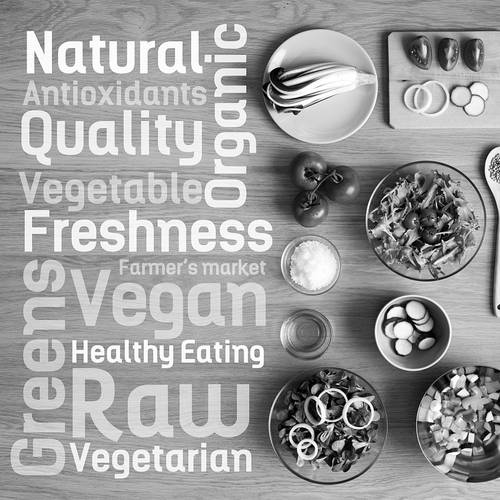