Smart ways of conserving water starts at home and within yourself. 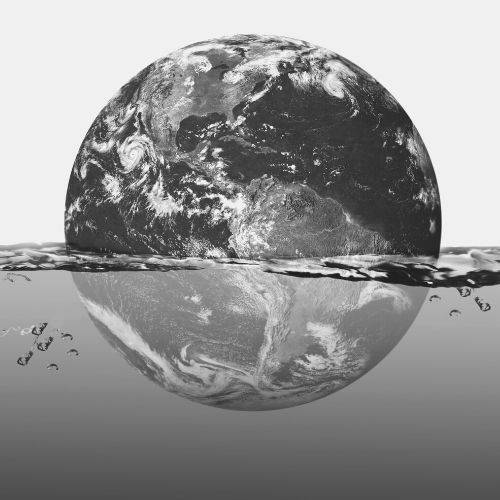 A major part of the world consists of water, however, only 3% is fresh water. This is to say that it is always crucial to conserve water that humans can use.

About 71 % of the Earth's surface is water-covered, and that fact makes it easy for us to think that it is too plenty to use. But what we don’t know is that only 3% is freshwater, 2.5% is unavailable for our use because it is locked up in glaciers, atmosphere, polar ice caps, and soil. It is incredibly polluted or lies too far under the earth's surface to be extracted at an affordable cost.

A bummer, I know. With that fact, how certain are you that there will be no time in the future that you will experience life with inadequate water when there are so many people today who do not mind wasting it? We must adhere to the notion that water conservation is a lifetime responsibility of all humans and not just the government or environmental analysts. Making them address the water crisis by themselves without you doing anything other than benefitting is so wrong in many ways.

Conserving water is a responsibility that involves and needs a collective effort in the communities and every household. Water is a necessity, and we all need to have access to it to survive and sustain a living. If you don’t want to make it worse for us, you must stop thinking that your minimal effort would be of no use. If we’re doing it together, it makes a big difference. Every step towards water conservation counts, so we need to ensure that we do not waste our water resources. 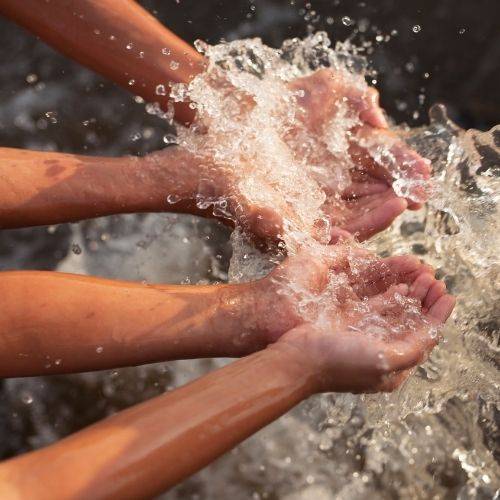 Conserving water demands cooperation among humans who consume and use it.

We all know that lack of drinking water causes dehydration, but what is rarely understood is that hunger is one of the severe outcomes of water scarcity. Livestock and crops are being affected, which leads to food shortages. In third-world countries, some children are unable to attend school. It’s because they either have accumulated diseases due to lack of water or striving to find water resources in distant places. Even if they are at school, they could hardly grasp and learn due to responsibilities and fatigue.

Poor water and sanitation result in malnutrition. Water-borne diseases such as typhoid and malaria erode a hungry child’s weakened immune system and compromise essential body functions. A malnourished child is at high risk of succumbing to disease, especially when his/her community’s water source is unsafe. As a result, 2.2 million children die every year from water-related causes—including 1.5 million lives lost because of poor sanitation.

The United Nations estimates that by the year 2030, half of the world’s population will live in areas of high water stress. Water scarcity immensely affects the economy when it is challenging to access freshwater for farming, industrial, and personal use. Lack of freshwater also impacts many workers’ productivity by causing diseases, and increased water costs for people can decrease every household’s disposable income. 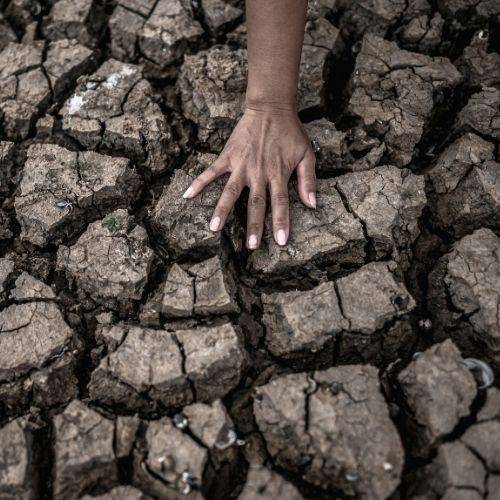 If we refuse to prevent the threats of water crisis from happening, it will take a toll on the earth and its people's condition.

If we bring children in this world, let's make sure to leave something great for them. Let us start conserving water now to ensure a water supply adequate for future generations.

Your body needs it.

A human can go without food for about three weeks but would typically only last three to four days without water. The body needs plenty of water to carry out numerous essential functions, such as keeping body cells alive and balancing the internal temperature. Without water, the human body will cease to function, resulting in death.

Outcomes of dehydration happen quickly, especially when a person perspires in intensely hot conditions. Water is being used by the body to produce sweat, which evaporates and decreases its temperature. Without water, the body is unable to produce sweat. This causes an increment in the body’s temperature and puts pressure on the blood. It may lead to a drop in blood volume and eventual death. 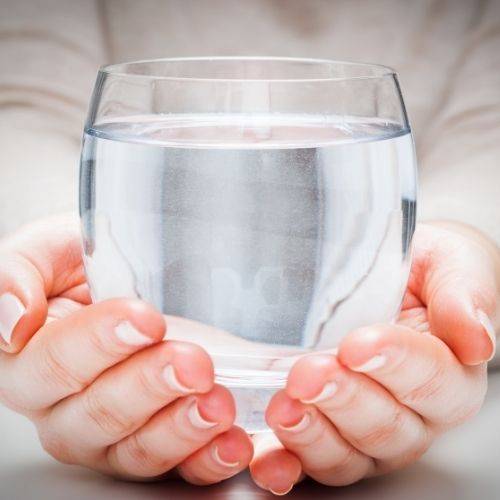 Water is a basic need of life and in order to conserve it, one must start within himself.

It can save you money.

By making just a few easy changes that allow you to conserve water, you can immensely reduce your home’s water bill over time. You can save more than 10 gallons of water by using a low-flow showerhead during a shower. Decreasing your bathing time can minimize water use and bills.

You may also want to adjust your washing machine settings to the appropriate load size to save a significant amount of water. Practicing basic water conservation tips smartly at home can save you money. You do the math. Less usage of water comes with less charges of money from the water company. Nothing sounds like a better deal than saving money by making a difference.

Water protects the ecosystem and wildlife.

It is crucial to protect our ecosystem from damage, especially for the survival of wild animals and other endangered species. The oceans, seas, streams, and lakes that are all vital in the ecosystem cycles became dumping areas, causing the demise of many species that rely on these water sources. An estimated 14 billion pounds of trash that are mostly plastic is dumped in the world's oceans every year. This manifests our worst waste practices.

We are not the only species on Earth that require water for survival. Every species and organism on this planet needs water to live and contribute to the ecosystem with its functions. Without water, the marine animals will stand no chance of survival. It is downright crucial that we save water that is important to our everyday sustainability.

Water conservation is using water sources smartly. It doesn’t matter if it’s in the simplest of ways as a whole lot of people doing a little adds up to a considerable total. We must rethink our lifestyles and make some changes that can save us the advantage and keep us from experiencing water scarcity. It takes discipline, motivation, and willingness to participate and learn more about its impact and global effects. We are responsible for teaching our children the right ways to utilize the right amount of water and have them understand that having access to it is a lifetime need. If we do all our part in conserving water, we can make a massive difference for the ecosystem.

The oceans contain the vast majority of all water on Earth, and you can help save them by working hard to make sure that they remain healthy and beautiful. Start by supporting our Heal The Oceans Campaign with an aim to allow the oceans to sustain our livelihood and well-being in exchange for humans’ care.

Wave Tribe, as being the first eco-friendly surfing company in the world, we are passionate about providing economic surfing products that are harmless to the oceans and environment, and every surfer would love to have. 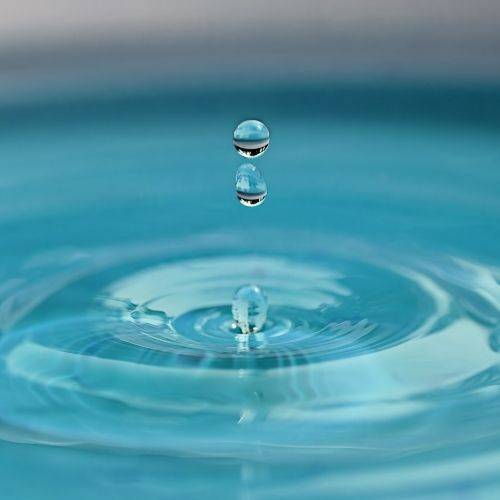 Let us teach not only ourselves but also our children to give importance to every drop
of water.

Ultimate Guide To The Top 10 Endangered Marine Creatures
Plastic Kills: The Deadly Six that’s Wiping Out Marine Wildlife
Why Whales are Important to the Ocean

The Power of Water: Healing for The Mind 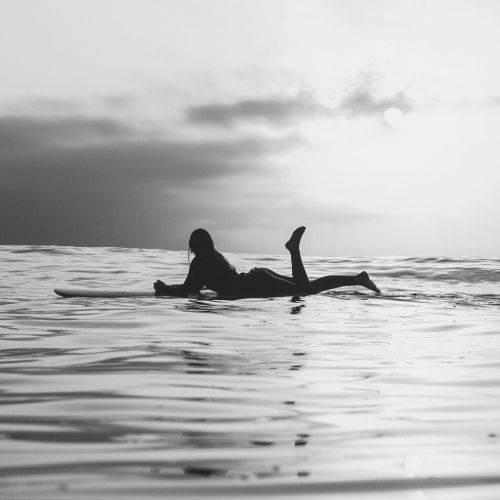