Why Mangrove Swamps Are Important

Why Mangrove Swamps Are Important

They don’t easily spring to mind when we talk about widespread environmental problems, like the destruction of virgin forests. 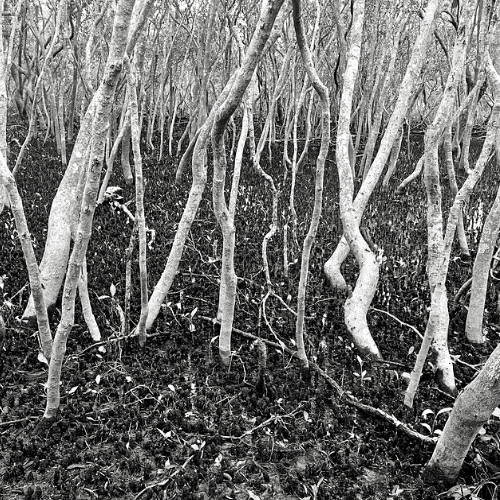 After all, when compared with the grandeur of a primary growth tropical forest, mangrove swamps have the reputation of being a tangled disarray of wet and slimy roots with lots of tiny bugs and critters flying around. They’re simply not tree-hugging material.

This is why there is less outcry about the massive deforestation of mangroves worldwide than there is about the clearing forest lands in the Amazon basin. In these last two decades, about half of the world’s population of mangroves have already been lost. That’s about 80 million acres.

In fact, the International Union for the Conservation of Nature (IUCN) is already sounding the alarm because, according to them, more than one in six mangrove species worldwide are in danger of becoming extinct.

Now, I find this very alarming because mangroves have a very important role in our coastal and marine ecology. And based on current research, it appears that mangroves are also crucial in our fight to mitigate the negative effects of climate change.

• What is a Mangrove Swamp?
• Benefits of Mangrove Trees
• Mangroves in Our Backyard

What is a Mangrove Swamp?

Mangrove swamps are coastal wetlands found in subtropical and tropical regions. Because these wetlands are located in areas where salt water and fresh water mix, the conditions aren’t always optimal for the average tree. Mangroves, because of their ability to survive in both salty and fresh water, are the only ones that thrive in these areas.

Hence, they serve as buffer areas between the land and sea. They are a hardy and resilient species, evolved to tolerate intense heat and extremely salty water conditions. Worldwide, there are 70 species of mangroves but because of widespread deforestation, many have become endangered. 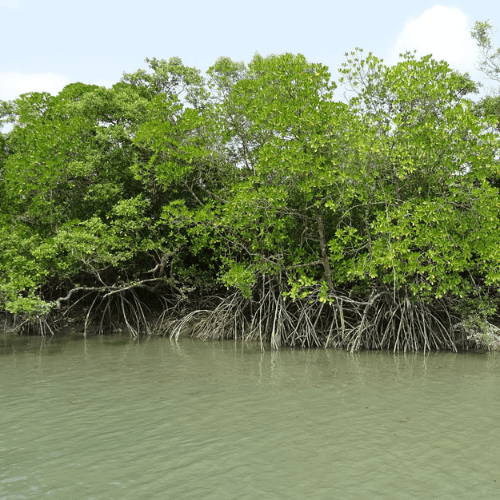 Mangroves provide valuable ecosystem services by protecting the coastline and providing habitats for marine wildlife. They are natural storm barriers; their strong, densely intertwined roots absorb the strength of tidal waves brought about by intense storm surges. They protect the shoreline from erosion by stabilizing the sand. They are also nursery magnets for fish and shellfish, providing support for a flourishing food web. They also provide a sustainable source of livelihood and food security for nearby shoreline communities.

But more than that, mangroves could be part of the solution to climate change. There is research to suggest that mangrove trees may be able to help repopulate bleached corals in nearby reefs. Coral bleaching is closely linked with rising temperatures in the ocean; as the water heats up, the high temperature causes corals to expel the photosynthetic algae that live within them and help feed them. As it happens, the dense canopy of a mangrove forest protects the waters around them from heating up, which makes it an ideal temporary shelter for baby corals to flourish, away from warm waters.

There is also evidence to suggest that mangroves may be able to offset ocean acidification. When mangrove roots break down the sediment, the root systems produce an outflow of alkalinity. Whether or not this is a viable way to mitigate ocean acidification, it’s difficult to be sure since there are no widespread field studies at the moment, but the potential is certainly there.

All over the world, mangroves are being cut down not only to give way to resorts out to make a quick buck but also to make way for fish pens managed by corporations.

Mangroves in Our Backyard

Now you might wonder why I’m suddenly writing about mangroves? Other than it’s timely-given the fact that we’ve already crossed the carbon threshold and we’re all looking for alternatives on how to reboot it as it were- it’s also because I want to draw your attention to this particular colony of mangrove trees flourishing here along the California border.

I’m talking about the desert mangroves in Baja, California, bros.

Unlike their tropical cousins, the mangroves here are dense and shorter because this is how they survive in the region’s arid environment. But that’s not the only difference. Apparently, they are able to store five times more carbon than their tropical counterparts.

That mangroves are excellent carbon sinks is known to science. But the fact that these Baja California natives are doing even more excellent work than the rest of their species highlights how undeserving mangroves are of their low standing in the totem pole of ecological niches to protect and preserve.

Mangrove swamps are important and they face greater threats than their forest counterparts. In Baja, this threat comes in the form of development aggression. Resort developers are salivating at the opportunity to build mega-resort structures at the expense of the environment.

I’ve seen this before. In fact, it’s even a legitimate critique at the surfing industry in general. With surfing tourism, comes benefits for everyone but it also carries its own costs. Gentrification can wreak havoc not just on the local culture but also on the environment. Just look at what happened to Bali.

That’s why as responsible surfers we need to stand our ground against threats like these. All over the world, mangroves are being cut down not only to give way to resorts out to make a quick buck but also to make way for fish pens managed by corporations. They are also being threatened by plastic pollution because their roots easily capture the plastic that comes from landfills via waterways. Some people even cut them down just so they can have a view of the ocean. Can you imagine the nerve!

July 26 being the International Mangrove Day, I urge you to take positive action to help save the mangroves. Whether it is by donating to projects that support mangrove reforestation or by organizing coastal clean-ups along your local mangrove spots, let’s do our share to protect these trees.

I always say that every bit of action helps. Your initiative, even if it’s just sharing this post to educate others about mangroves, goes a long way to highlighting this often overlooked issue of mangrove deforestation. It’s time to make our actions count.

Can Our Beaches Survive Climate Change 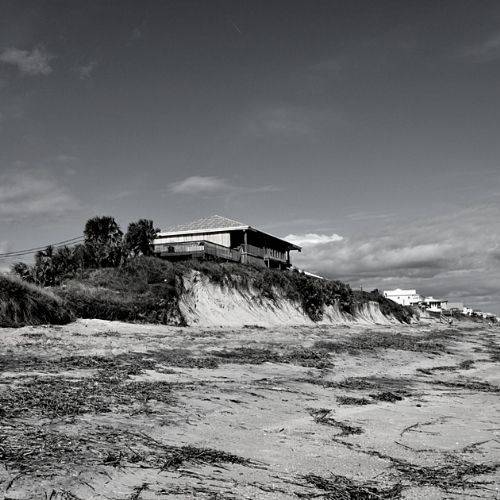