As more and more marine wildlife research is being done, we are slowly discovering how much value the marine mammals are not only to us, but also to the ocean. 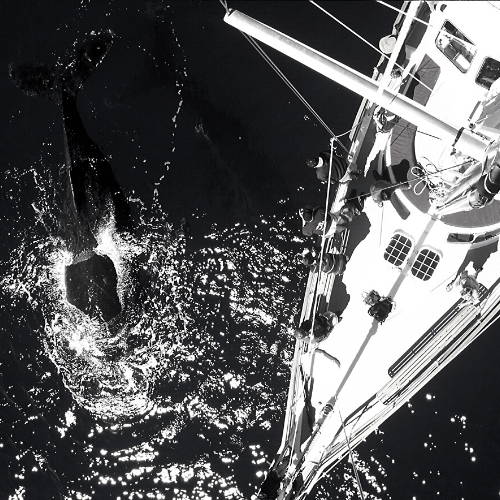 Whale watching as an eco-tourism activity draws in the big money more than commercial whaling.

I’ve previously written about why we shouldn’t be slaughtering whales for food. For one thing, there’s not really a demand for whale meat. Financially speaking, there is more value in conserving whales for the eco-tourism dollars that they generate.

However, spending time with these creatures as I often do while surfing, I can tell you that no rationality is needed to save these creatures—one just needs to open their heart.

But what we are now realizing is that they are also very important in keeping the ocean healthy.

In fact, they could be the key to how the ocean can withstand the negative impacts of climate change. Here are some reasons why whales are very important to the ocean. 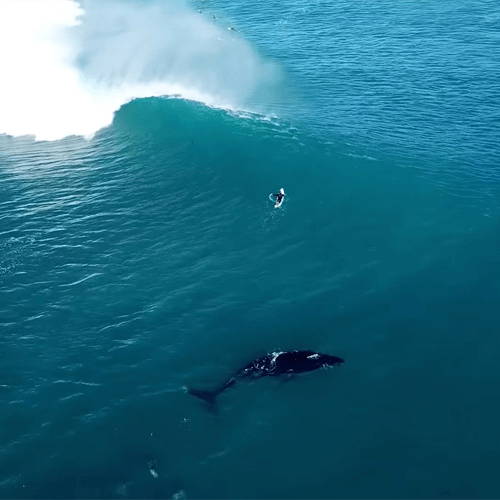 A humpback whale joins a surfer
Photo by: Alasdair Evans

Whales are one of the key players in making sure that the ocean’s biological carbon pump is working efficiently. Yes, they are like the heart of the ocean.

Basically, the carbon pump is the ocean’s way of removing the dissolved atmospheric carbon in its surface levels and sequestering them to the ocean floor.

Marine organisms, by virtue of being carbon-based lifeforms, capture part of the dissolved carbon in their bodies. The bigger the creature, the more carbon it can hold.

Whales, being one of the largest creatures in the ocean, are efficient carbon sequestrators. Like every living creature in the ocean, they absorb carbon over the course of their lifetime. And because they live long, they get to sequester a lot of carbon.

In fact, scientists have determined that by the time the whale reaches old age, it would have contained 33 tons of carbon on average. That’s a hefty amount of carbon that goes down to the ocean floor when the whale dies and sinks into the sediments on the bottom.

Now just imagine if the whale populations recovered to their historic abundance. They could potentially sequester 1.7 billion tons of CO2 each year. Roughly speaking, that’s more than Japan emits in a year.

As a surfer who’s seen how the ocean and its denizens are being affected by climate change and plastic pollution, we owe it to ourselves and our children to make the oceans a better and healthier place not just for the whales, but for everyone.

Whales Produce Nutrients for the Ocean

A lot of tiny marine organisms rely on the whales to keep the oceans nutritious for them.

For all their bulk, whales aren’t sedentary creatures. They actively swim thousands of miles when they migrate or dive deep for long periods of time when looking for food. This means that they poop just about anywhere.

This behavior has important implications for the marine food web. Pooping anywhere means that their fecal nutrients are spread out, benefitting a variety of micro-organisms that feed on poop. Getting hungry?

Researchers even have a name for this. They call it fecal plumes. These vast clouds of whale feces are a prime source of food for phytoplankton, the key building block to the ocean ecosystem.

Phytoplankton are also another key player in carbon sequestration. By providing nourishment to swarms of plankton, the whales help stimulate a system that captures the CO2 equivalent of four Amazon rainforests. 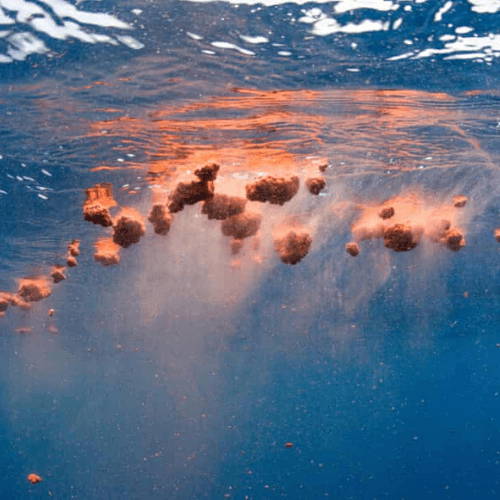 Whales Capture Carbon Through Their Feces

Not only do they store tons of carbon in their bodies, but their feces is also an excellent carbon sequestrator.

Take for example the sperm whales. It’s been estimated that their feces ultimately captures some 400,000 tons of carbon dioxide every year. If you have a healthy, thriving population of sperm whales, that would offset about roughly the amount emitted by a standard coal-fired power plant.

Bro, whales are our partners in fighting climate change.

Scientists have named this mechanism as the whale pump. This is how whales feeding at depth can carry nitrogen to warm, energy-rich surface waters. All because of their feces. 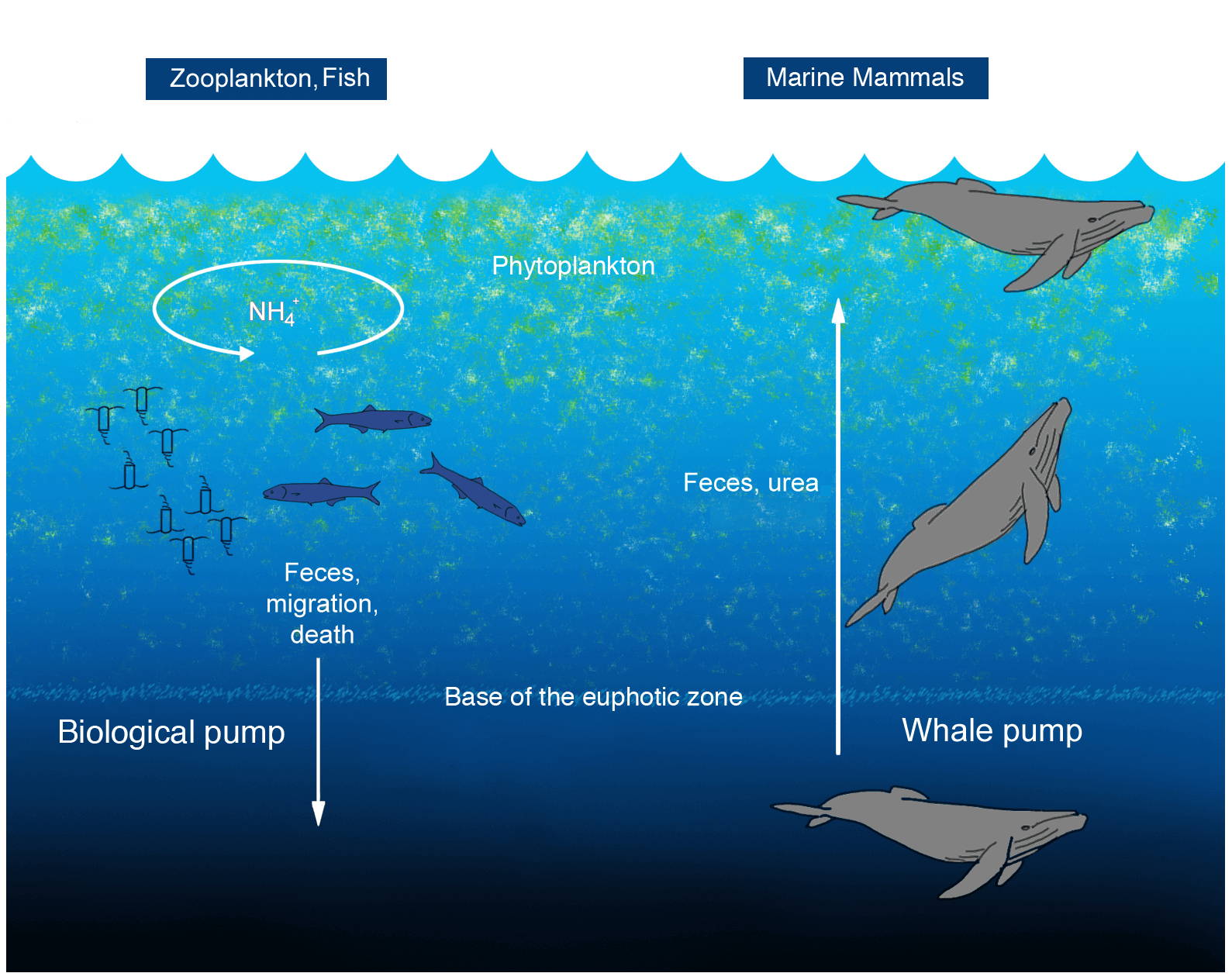 A conceptual model of the whale pump by Joe Roman and James McCarthy of www.journals.plos.org. According to them, "In the common concept of the biological pump, zooplankton feed in the euphotic zone and export nutrients via sinking fecal pellets, and vertical migration. Fish typically release nutrients at the same depth at which they feed. Excretion for marine mammals, tethered to the surface for respiration, is expected to be shallower in the water column than where
they feed."

The special thing with their feces is that it isn’t dense so it floats. This allows it to stay in the surface waters, instead of sinking and joining all the other carbon-laden carcasses and poop of other marine creatures in the deep seafloor. This ensures that the surface waters are continually recharged to allow the stimulation of plankton growth and everything that eats them.

It’s also been estimated that before commercial whaling nearly wiped them out, the whale pump mechanism was responsible for spreading three times more nitrogen in the ocean than all the rivers and streams combined.

All these facts highlight how important they are in mitigating the negative impact of climate change on our oceans. In fact, we shouldn’t be killing them for any reason. It doesn’t make any sense and is leftover from a barbaric past.

And although the world’s entire population of whales constitute only a small portion of the ocean’s overall biomass, this does not erase the fact that they are very critical in the ocean’s ability to store and sequester carbon.

A flourishing whale population would actually remove 1.6×105 tons of carbon each year through their carcasses when it slowly sinks to the bottom.

That’s why everyone should be doing their share to protect these creatures. Here at Wave Tribe, we’ve set up the Heal the Oceans campaign which lists environmental non-profits who are engaged in marine wildlife conservation and ocean protection.

If you would like to go the extra mile in helping protect the ocean and its denizens, you can support these projects by donating funds or volunteering your time.

And if you want to surf green in order to reduce your impact on the ocean, check out our eco-friendly and stylish surfing gear.

As a surfer who’s seen how the ocean and its denizens are being affected by climate change and plastic pollution, we owe it to ourselves and our children to make the oceans a better and healthier place not just for the whales, but for everyone. 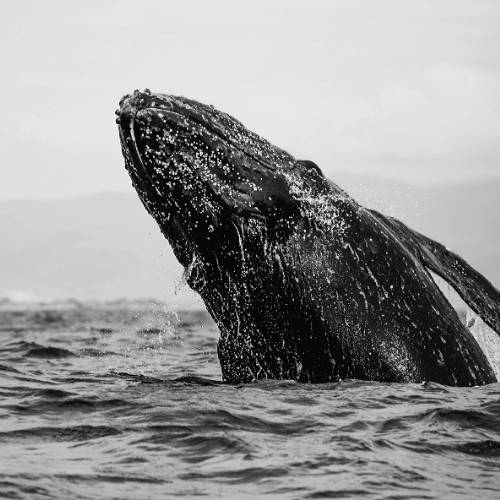