In surfing, nothing is more stereotypical than the image of a guy riding the waves. 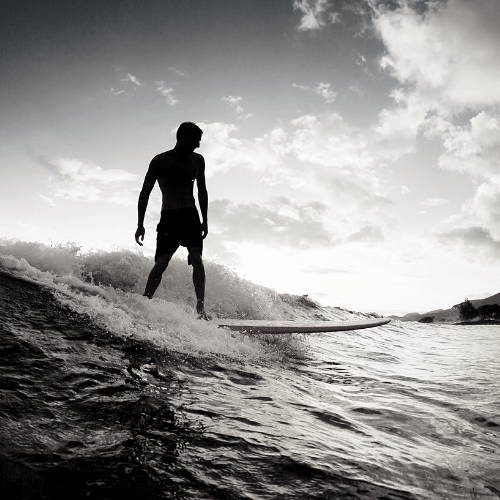 Throughout the late 20th century, that image has been so often used in advertising and popular media that an outsider would think that surfing is essentially a man’s sport.

The reality is far from it. I’ve been surfing almost all of my life and in all those instances, I’ve always found myself sharing the line-up with awesome women who can match the surfing skill of any male surfer.

The women are out there in the waves. They’re just not being highlighted enough.

On the occasion of Women’s Equality Day this August 26, I find myself thinking about how women have transformed the sport, both in the industry and in their communities all over the world.

Trailblazers like Margo Oberg, Lisa Andersen, and Layne Beachley and others like them have shown the world that surfing is not just a man’s game. It’s anyone’s sport.

And yet it wasn’t always this way. In the early years of modern surfing, sexism was really rampant in the sport. The irony of this was that in the olden days, surfing was practiced by both women and men.

• Surfing Herstory
• Sex in Surfing Sells, or Does It?
• Reclaiming Spaces
• Making Allies
• The Wavetribe Manifesto 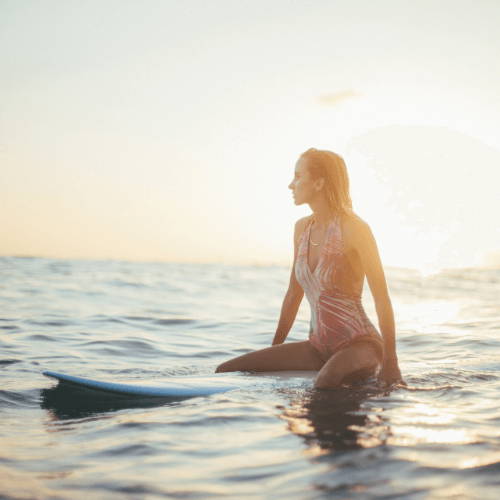 In ancient Hawaii, it was the women who achieved renown for riding the waves.

Chief among them was the Maui princess Kelea who was described as one of the best surfers in the Hawaiian kingdom. She was so into surfing that when she found out her husband-king didn’t know how to ride the wave, she ditched him for a lesser chieftain who knew how to surf.

Meanwhile, the only extant surfboard that we have on record, which archaeologists have dated to the 1600s, belonged to Princess Kaneamuna. The papa he’e nalu was among the objects found in her burial cave at Ho’okena on the Big Island.

Popular lore often credits the three male Hawaiian princes for introducing surfing to the modern world at the turn of the 20th century. But what many don’t know, it was Princess Kaiulani who resurrected surfing in Hawaii after a ban imposed by western missionaries. Without her, it wouldn’t have reached California via the three princes. It was also her who introduced the sport to England.

All these stories and similar narratives about women surfing in various parts of the world were overshadowed by the hyper-masculinity which has become prevalent in the surfing industry during the 20th century.

In the late 1970s to the mid-1990s, this resulted to the marginalisation of female surfers. They were largely unreported in the surf media, with professional female surfers failing to get big sponsorships or even awarded prize money equal to that of their counterparts.

Sex in Surfing Sells, Or Does It?

Apparently, it’s because sex sells, even though this isn’t really true.

Researchers have shown that this widespread sexualisation is harmful because it’s often linked with three of the most common mental health problems of girls and women: eating disorders, low self-esteem, and depression.

The thing that I’m glad about now is that in this era of the #metoo movement, women are really fighting back to reclaim their narrative and are actually achieving significant gains.

The World Surfing League has committed to award an equal prize money to male and female winners of its sporting events. This is a momentous milestone because it finally acknowledges that females put in the same skill and dedication to the sport, just like their male counterparts.

As a result, women have become more visible in surfing and its industry during these times.

In recent years, there has been an increase in female pros participating in surfing competitions which has an important trickle-down effect among girls who look to them as role models.

There are now more recreational female surfers in the beaches and there’s enough enlightened male surfers to offset the occasional stubborn misogynistic bro who looks down on female surfers.

It helps the cause of women when prominent male personalities publicly support their struggle for gender equity. Take the case of 11-time world champion Kelly Slater who repeatedly acknowledges the long history of female surfers and their right to equal pay every chance he gets.

Among gender researchers, making allies of influential men is a strategic way to influence them to become change agents when confronting gender stereotypes within their organisational structures. This closer collaboration and support between men and women can actually facilitate the process more quickly.

And indeed this has resulted to a major gain for the women’s movement in surfing. Recently, the World Surfing League has committed to award an equal prize money to male and female winners of its sporting events. This is a momentous milestone because it finally acknowledges that females put in the same skill and dedication to the sport, just like their male counterparts. 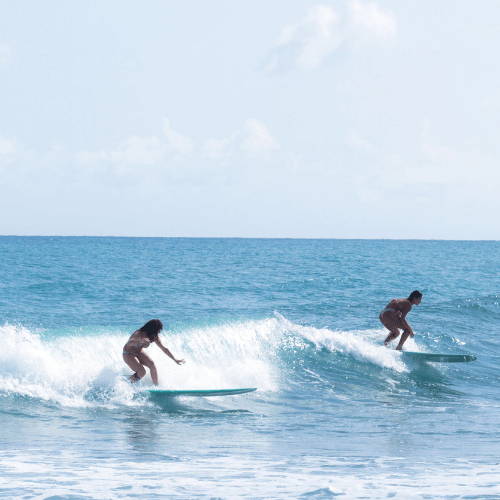 Here at Wave Tribe, we’ve sought to set aside the gender divisions common to surfing. Implicit in our manifesto is the vision that surfing need not be divided among gender. That our common objective is the pursuit of surfing and the protection of the ocean. And this is open to all.

It is the lesson of our tribe: Waves do not care about gender or color. So the sport or its industry shouldn’t create barriers to those who want to make a life out of loving the ocean.

So yeah, August 26 should be a day to show our commitment for women equality but the sentiments surrounding the day should carry forth through the rest of the year. The fight for women equality in surfing still has a lot of ground to cover, and it falls to us, male surfer allies, to support and encourage the fight. Together we all have the potential to be utterly unstoppable.

Wisdom and Surfing: Hitting the Waves at Any Age 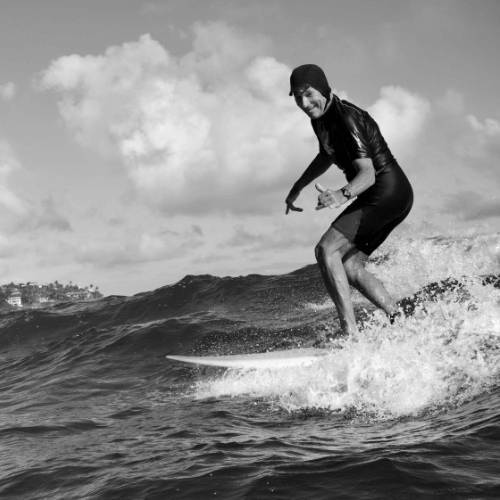