The Philippines is a Southeast Asian country that is located in the Pacific Ocean near the equator. It is known as the Republic of the Philippines comprising 7, 640 islands.

The country is categorized into three geographical divisions: Luzon (the largest and most populous island in the Philippines and the site of Manila— the nation's capital and major metropolis; the Visayas (the home to several pristine, white-sand beaches); and Mindanao (the land of promise because of its rich biodiversity and natural resources). Siargao Island has also been added due to the magnificent surf spots there. 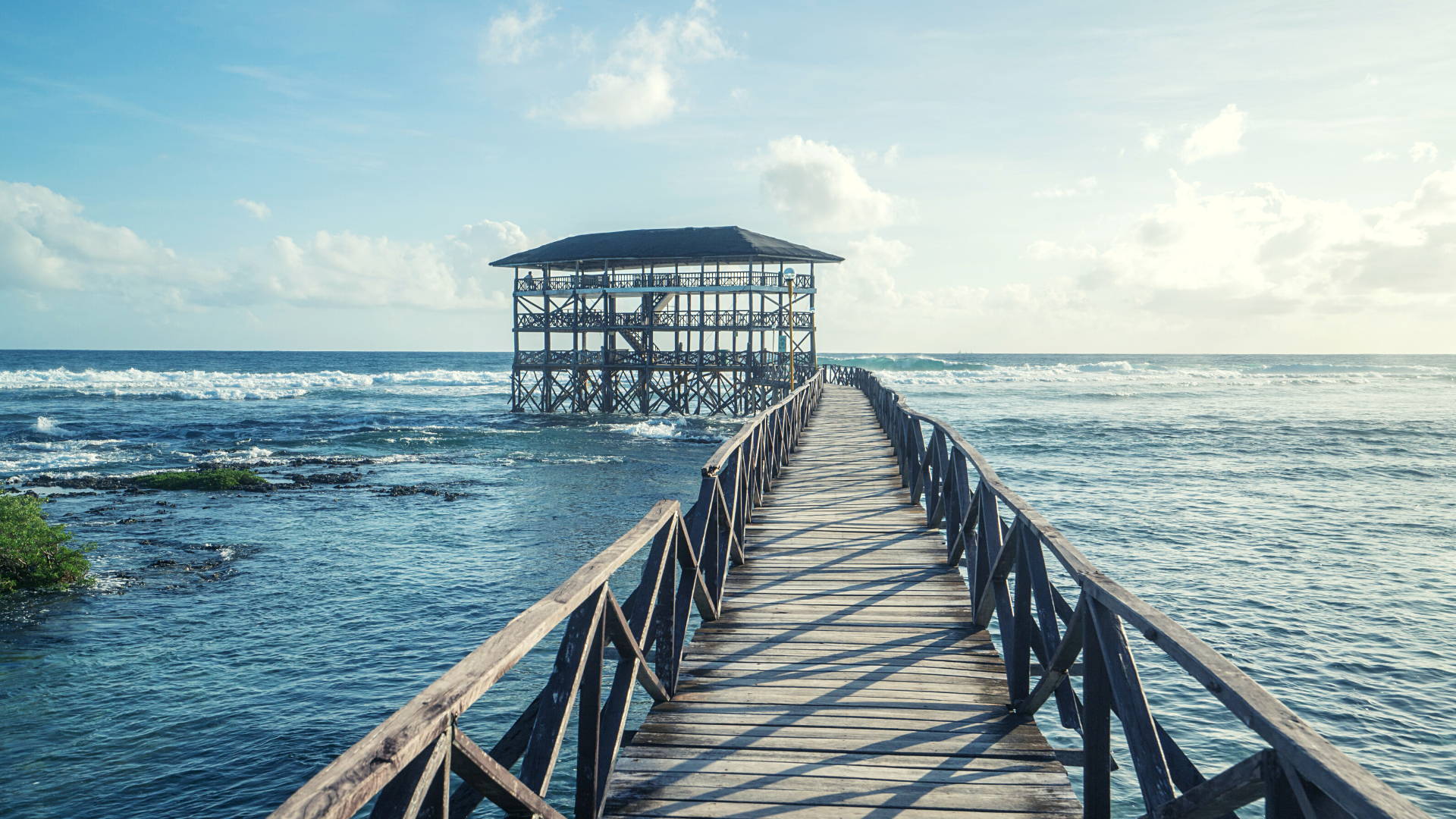 Siargao Island, the Surfing Capital of the Philippines

Here's what you can find in this article: 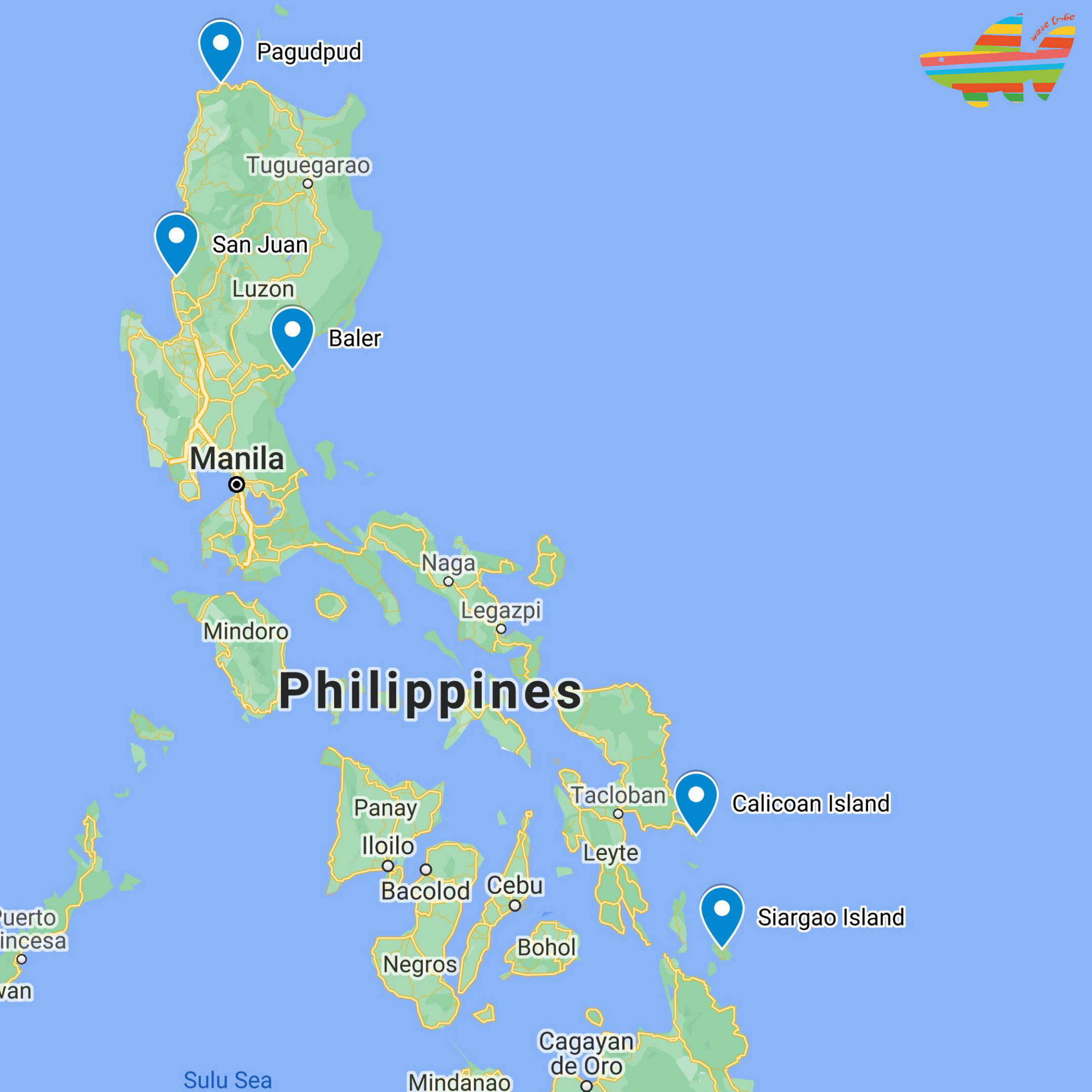 Surfing Destinations in the Philippines

The Pearl of the Orient Seas

It is known as “The Pearl of the Orient Seas.”

Behind the aliases are their meanings and origination. They are called for these because of their culture that encompasses their society, people, and history. It can also be their distinct uniqueness and the glory of their attractions. So, why is the Philippines known as “The Pearl of the Orient Seas”?

The Philippines suffered centuries of colonization of three countries: Spain, America, and Japan consecutively. This is why the country is one of the many nations with a rough history due to long years of their people’s torment and enslavement.

After Spain's 333 year rule in the Philippines, the United States took over as a result of the Spanish-American War. The period of American colonialization of the Philippines lasted for 48 years. The Philippines gained full independence a year after the Japanese occupation.

Why did those countries conquer the Philippines that it had to last for centuries?

One of the reasons is because of its archipelagic nature and famous beauty. It is called “The Pearl of the Orient Sea” or in Spanish terms, “Perla del Mar de Oriente,” which became more popular as mentioned in Mi Ultimo Adiós, the last poem of the Philippines’ national hero, Dr. Jose Rizal, before he died in 1896.

A fisherman also found the pearl that is considered the largest in the Palawan sea, Philippines. It is known as a “clam pearl.” It weighs 34 kilograms and measures 24 centimeters in diameter.

Until now, the Philippines carries this alias, encompassing its history, geographic location, and magnificent beauty.

The Philippines as a Surfing Destination

With over 7,000 islands, it’s no wonder that the Philippines is home to surfing spots where you can achieve your fitness goals. The Philippines is known as one of the best summer destinations. Anyone will be marveled at its natural wonders that feature crystal clear water in varying shades of blue to pristine white sandy shores. It is an ideal destination for surfers looking for a surfing paradise where they can enjoy their surfboards and catch some of the most amazing waves.

The Philippines is best conditioned for surfing starting from August to the beginning of November. The waves hit peak quality at this time of year. Prepare your surf travel essentials if you’re planning on going surfing in the Philippines, and make sure to include these must-visit destinations on your list! 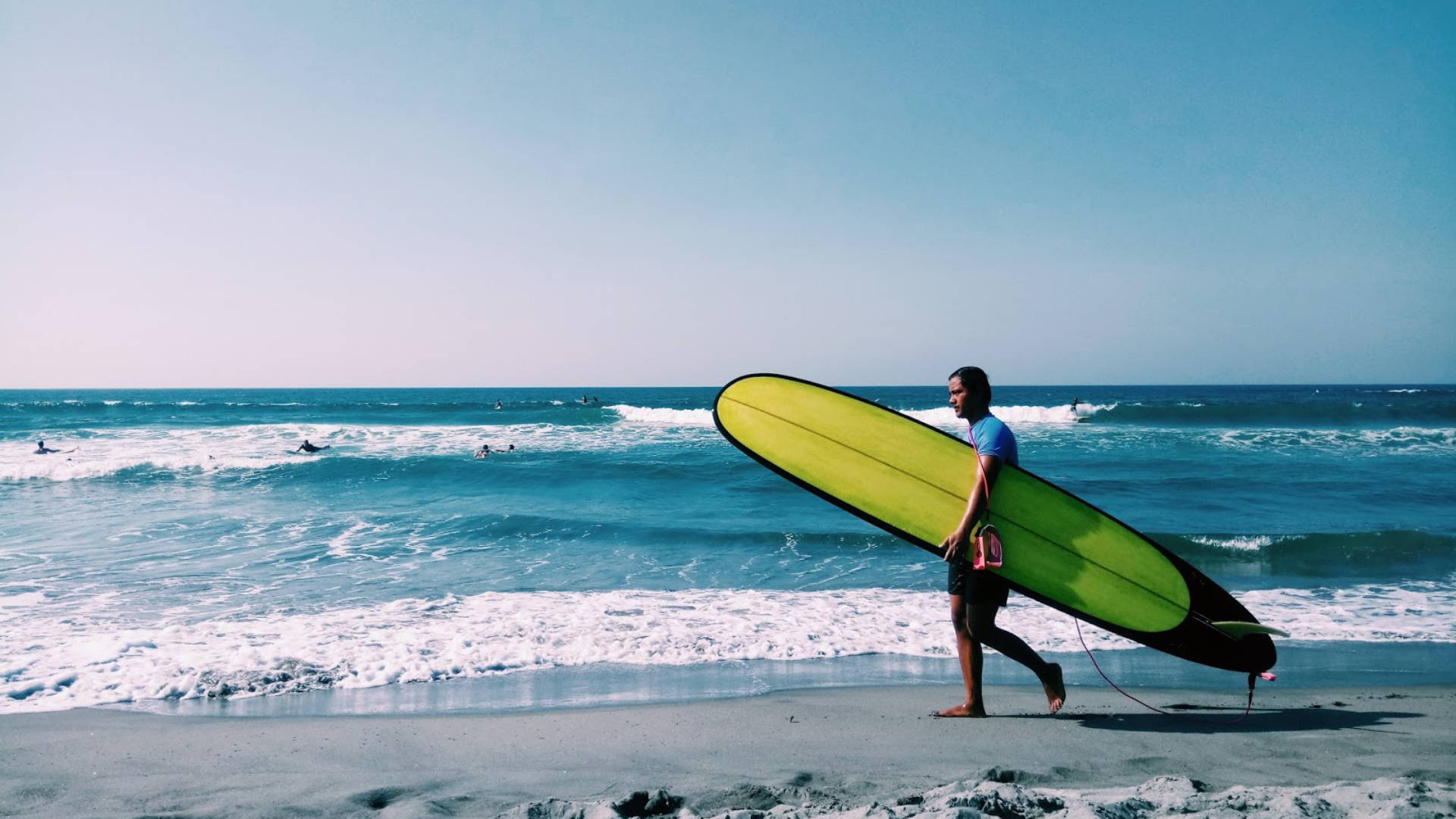 San Juan, La Union is known as the Surfing Capital of Northern Philippines. Its beaches have waves that surfers of all levels can enjoy. Various establishments and restaurants that deliver budget-friendly foods are accessible in the area for locals and tourists. No wonder that many Filipino celebrities are regular visitors of the Northern’s surfing paradise.

It was also the surfing site of the 30th Southeast Asian Games' surfing event held from the second to the eighth day of December 2019.

After the event, A Filipino surfer and a participant in the event’s surfing competition named Roger Casugay was dubbed as a Hero Surfer. He won the hearts of many and inspired athletes when he set aside his endeavor to bag the gold medal to rescue his Indonesian competitor from getting swept away. The latter was said to be "pounded by triple overhead bomb waves" after his surfboard leash broke during the competition.

Roger lives near the place and does constant surfing on the beaches of the site. If you want to take a chance to see him and shake his hand, the Surfing Capital of the North is the choice to visit.

You can’t make a surfing list in the Philippines without knowing about Siargao. It is known as “The Surfing Capital of Philippines,” one of the famous and most visited surfing paradises by international and local surfers.

You will be astounded by the “Cloud 9” waves in Siargao. It is described as “a right-breaking reef wave with a thick, hollow tube.” It is the best-known wave in the country and being cheered by onlookers. Domestic and international surfing competitions are being held in the place every September.

Siargao has consistent waves from October until May. 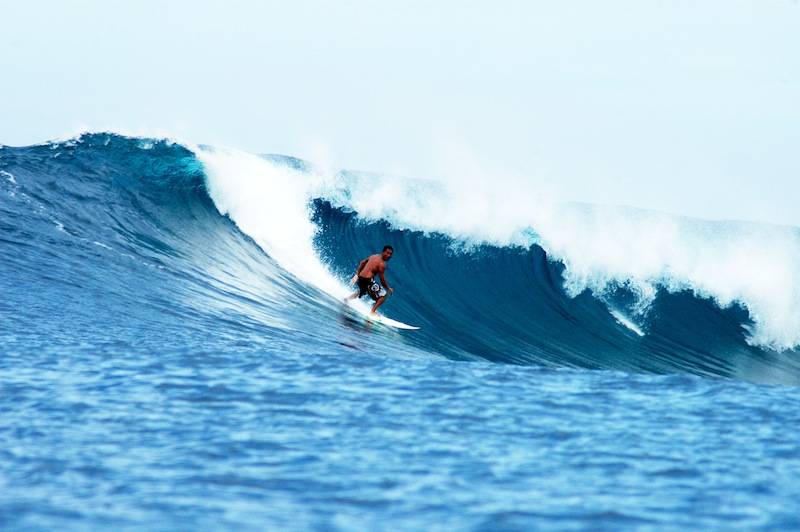 For the beginners, Sabang Beach in Baler has a long stretch of sandy shoreline and a shallow ocean bed. It is the best place for those who are new to surfing. Like San Juan, La Union, several surf shops are open to visit along with the beachfront hotels of Sabang Beach and inns such as Charlie Does, named after the famous line, “Charlie don’t surf” in the Apocalypse Now film.

Pagudpud is a spot in the Philippines blessed with surfable waves. The weather and setting have always been splendid! The beach is more remarkable in the afternoon, and you will love the beauty of the scenery with the company of friends and other surfers.

The swells produce waves in some areas such as Maira-ira point, Saud Beach, and Blue Lagoon. Tides are more impressive during the southeast monsoon from July to September. Note the days because it is the time when surfers would want to visit. 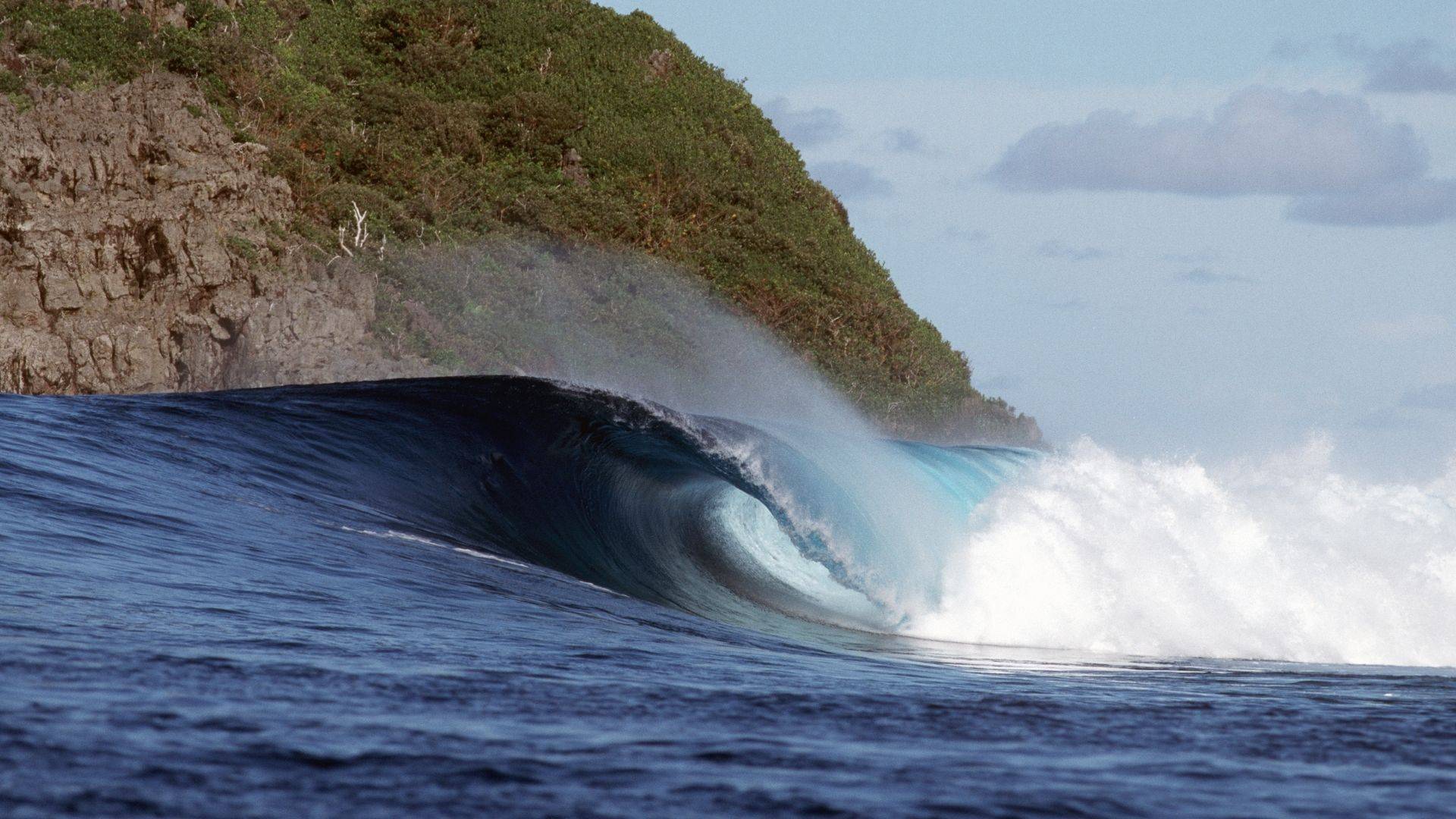 The beaches on Eastern Samar are known for expert surfers, and the mighty waves here are some of the several cleanest tubes in the Philippines. Lefts and rights, beach and reef, are the most recommended breaks and can be found in Calicoan Island and Guiuan.

The safe time to visit, however, is the days between October and April.

The Philippine Peso is the official currency of the Philippines. If you’re an international traveler, you can always use google to convert the Philippine peso to your currency. In this way, you will understand every Philippine purchase and service’s monetary value.

You are recommended to stock up on cash before your arrival. Your credit cards are accepted in beach areas that are populated along with the bigger cities. Set aside your lower bills and coins for jeepney and tricycle fares if you plan to travel in provinces and islands.

The Philippines is a cheap travel destination, even by Southeast Asian standards. Though, some hotels are expensive. But as a whole, it is an affordable surfing travel destination where you can indeed feed your soul.

As you step on the country’s border, expect to receive joyful smiles and a warm welcome from the Filipinos. The Philippines flaunts not only its impressive surfing attractions but also its people whom you will be delighted to be with during your entire trip.

Oh, and they speak English very well! It will not be hard to ask for the best food in the place.