Crystal blue waters and no wet suit—that's what we all dream of, right? Crystal blue waters of the Maldives

Maldives surfing redefines the concept of luxury surfing vacation where you can experience the warm kiss of the waves washing your body and refreshing your mind and spirit, alike and best time to surf Maldives are April through October.

Emblematic of high-end serenity, Maldives surfing trips are simply unique as they offer double facility of enjoying the surfing tours in luxury ships as well as surf in the crystal clear blue waters of Maldives. Amongst the tourism atolls, most known surfs are in North and South Malé Atolls.

The resorts on the eastern reef of the atoll are ideally placed for the avid surfer. The Outer Atolls, approximately 300 miles to the South, contain at least a dozen, potent world class reef breaks that are rarely surfed, and this zone is fickle, with the right winds occurring only in two narrow windows generally from February to April and September-November.

This area can only be accessed by means of a well-equipped surf charter vessel. The surf in the Outer Atolls is usually a few feet bigger than the North Male Atoll, hollower and shallower, similar to Indonesia style breaks.

The best waves can be had from April to October, with the biggest swells likely to occur in June to September.

During these months the conditions are predominantly off-shore all day due to the monsoonal winds from the Indian Subcontinent and the swell generated from the south.

The surf generally ranges in size from 3-8 feet; however larger waves have been experienced. A great variety of reef breaks exist ranging in intensity from quite mellow shred able walls to gnarlier hollow pits. There is something for everyone.

Here's A Quick Guide Of What You Can Find On This Blog:

Weather in Maldives is influenced by two monsoons the northeast monsoons and the southwest monsoons. The Maldives surf season begins from late February to mid November with the best waves coming in during March to May and then again in September till the end of November.

During the surf seasons, the average size of the reef breakers ranges from 4-5 feet, sometimes even rising to a height of 8 to 10 feet. There are principally two major Maldives surfing areas and thus two swell seasons:

April looks like the best time to surf Maldives and gives you the possibility to hit either swell window. 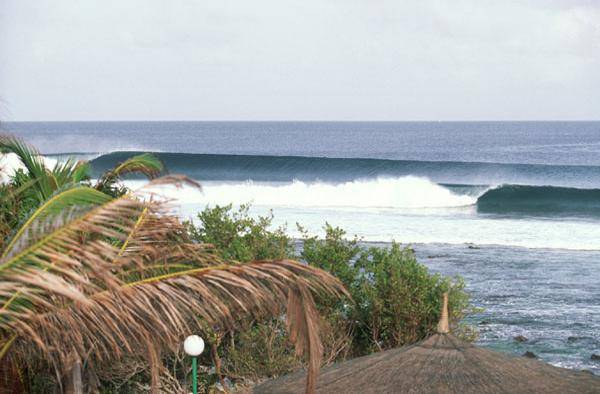 Pasta Point is a long peeling left with exclusive access to Thari Village. Five miles away you find the Honkys and Sultans. Honkys is a long wrapping left and is reputed to be the best wave in the Maldives.

Sultans is a right with barrels. The average size of reef breakers is 4-5 feet, rising to 8-10 feet during the surf monsoon. Reef breakers are sometimes quite tricky to surf; the water is quite shallow on the surf and the coral beds sharp and protruding.

Surfers are advised to bring all their equipment with them, as there are very few good surf equipment available.

Check out this link for a good boat trip option.

Awesome surf review on Maldives! Thanks. Headed there march 2k15, looking forward to great surf! I surfed Costa Rica and thought wave riding could not get any better than there. I’m looking forward to warm water surfing again! As for now enjoying the Baltic Sea for now.Šviekis, daniel

Surfboard Airline Fees 2021 | Get The Facts About Surfboard Fees

Surfing Pavones Costa Rica The Longest Left In The World